Aerial photos seen in other posts were taken on Southwest Airlines flights . This time I was flying American. 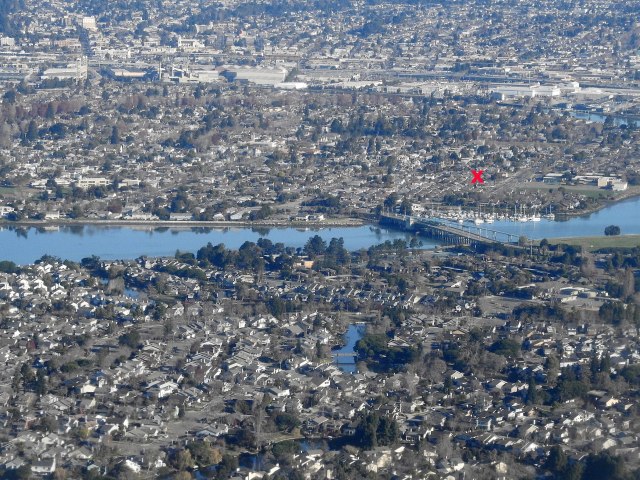 Seconds after take-off. In the foreground is Bay Farm Island, to which the Oakland Airport connects. The San Leandro channel separates Bay Farm Island from the island of Alameda. In the background is Oakland. The red “X” marks the home of Kathy’s daughter, Laina Levy, and family. View to the east. 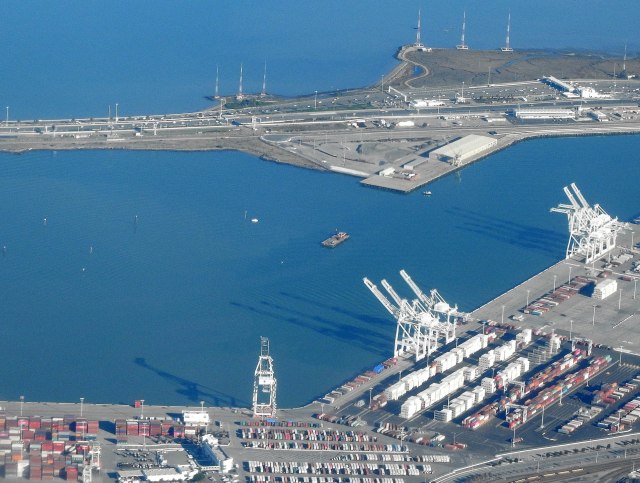 The Port of Oakland, and the approach to the Bay Bridge. 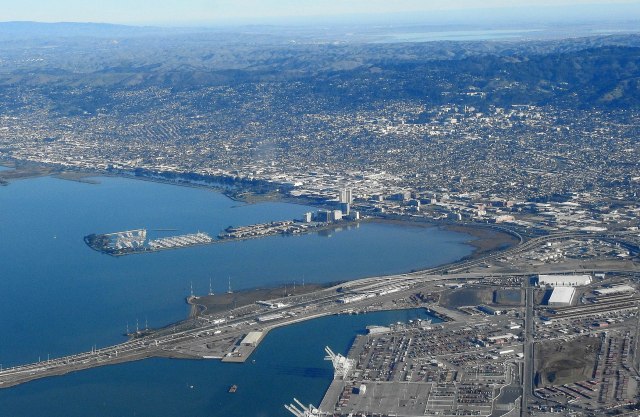 In the foreground is the same part of the Port of Oakland and approach to the Bay Bridge as seen above. In the middle distance is Emeryville, beyond which is Berkeley/University of California, and in the distance is the Sacramento/San Joaquin Delta. View to the NE. 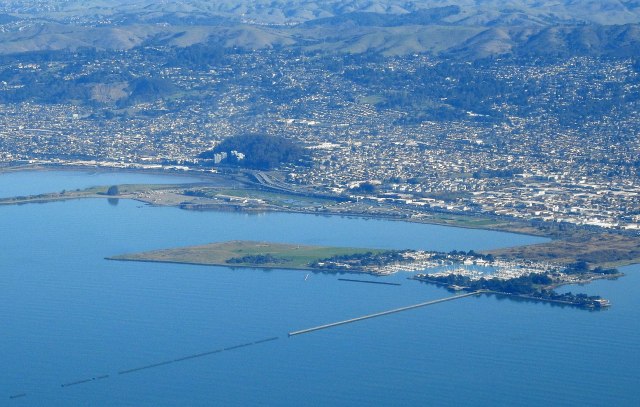 The Berkeley Marina and the green rectangle of Cesar Chavez Park. Beyond is El Cerrito, Albany and Richmond. View to the NE. 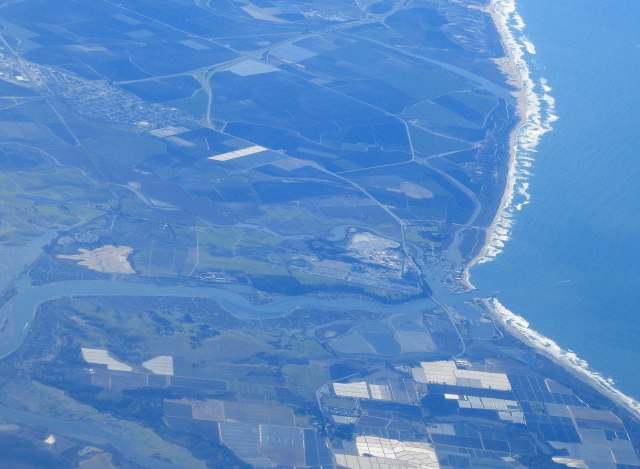 Now flying to the south. Part of Monterey Bay and Watsonville, at the mouth of the Salinas River. View to the S. 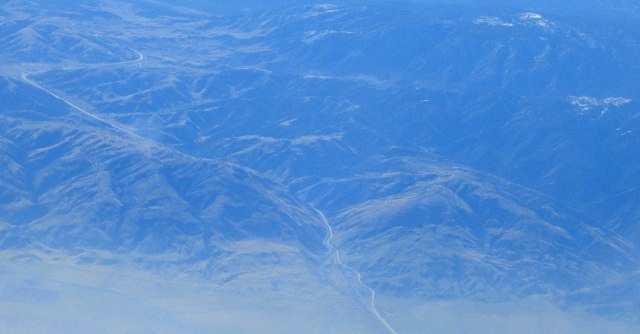 Now flying to the southeast. The Grapevine, on I-5, south of Bakersfield. View to the S. 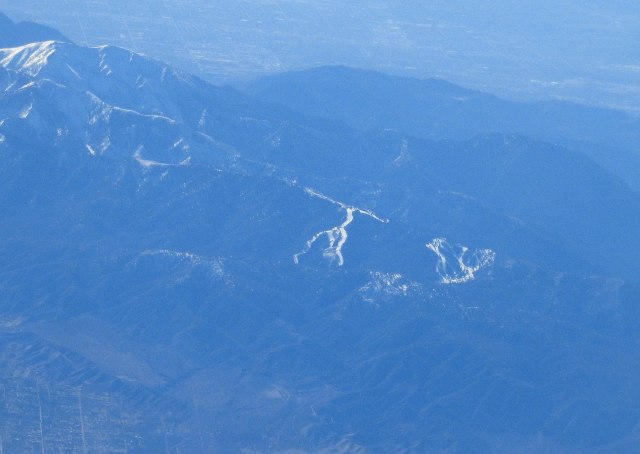 The San Gabriel mountains, with the ski areas of Wrightwood on the right, and Mount San Antonio (aka Mt. Baldy) on the left. The Los Angeles basin is seen beyond. View to the S. 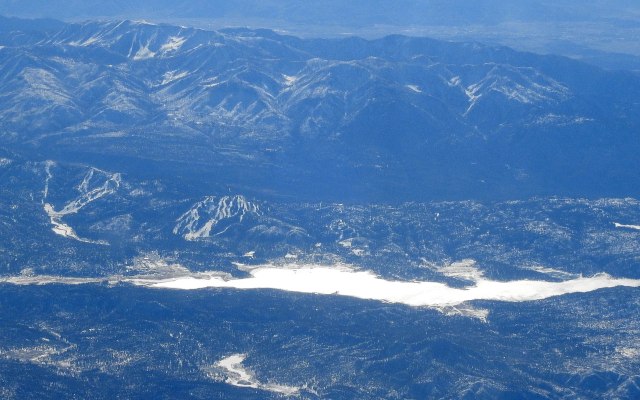 Continuing to the southeast. Big Bear Lake (frozen over) and ski areas. Mt. San Gorgonio is seen beyond, view to the S. 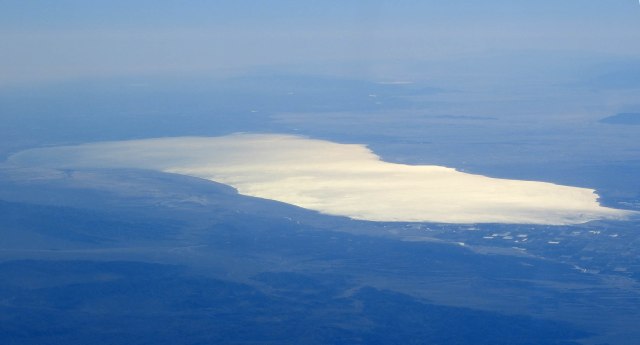 The Salton Sea, view to the SW 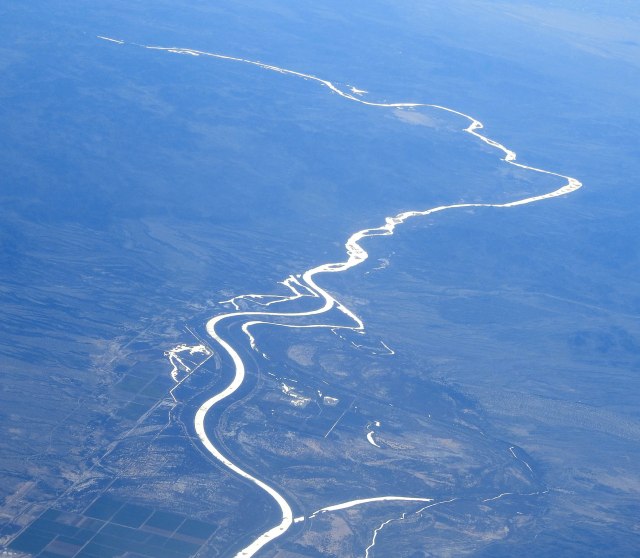 The Colorado River, where it exits the Blythe, CA area. View to the SE.

Phoenix comes up soon after crossing the Colorado River.