Cranes at the Historic Los Luceros

How many times have I driven past the sign alongside Hwy 68 that identifies the “Historic Los Luceros”? Plenty. And how often have I visited this place? Up until yesterday, never.

A post in Facebook Birders alerted me to the fact that a group of sandhill cranes were wintering-over on the 148 acres that make up the property, which is administered by the NM Dep’t. of Cultural Affairs. Yesterday (12-16-18) was a bright, calm and mild day, with the high temp hitting 50 degrees. I drove 15 minutes south from our place in Embudo to the ranch/historic site, which is also known as Hacienda Los Luceros. It is located on the Rio Grande, in the northern Española Valley village of Alcalde.

The drive into the property first passed through an apple orchard, with the fruit still on the trees. Eating the now fermenting apples were starlings and Lewis woodpeckers, and I stopped to photograph the latter. 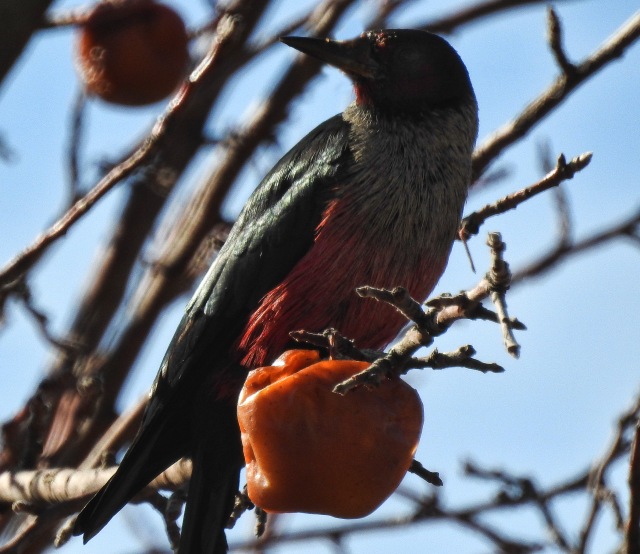 The cranes were in full view, as I drove up to the parking area, but left as I pulled in. I then walked around the property, which included the original ranch house and several other buildings.

Ranch house, with huge willow tree, view to the west

View of the Truchas Peaks, to the east 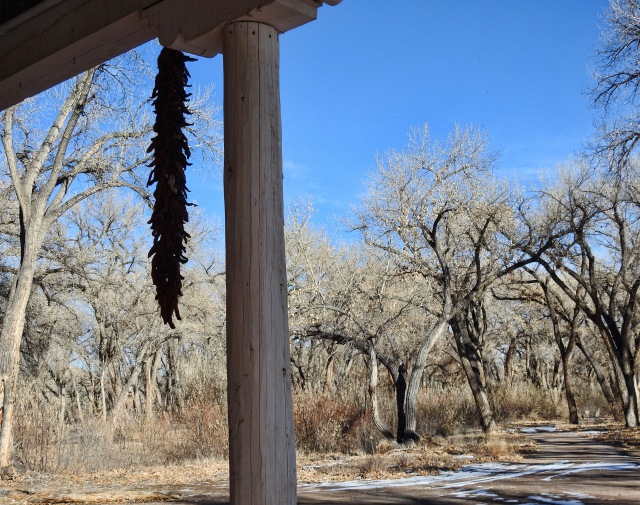 From the River House, the Rio Grande and, to the south, the Jemez Mountains

New Mexico olive in the foreground, and a big cottonwood 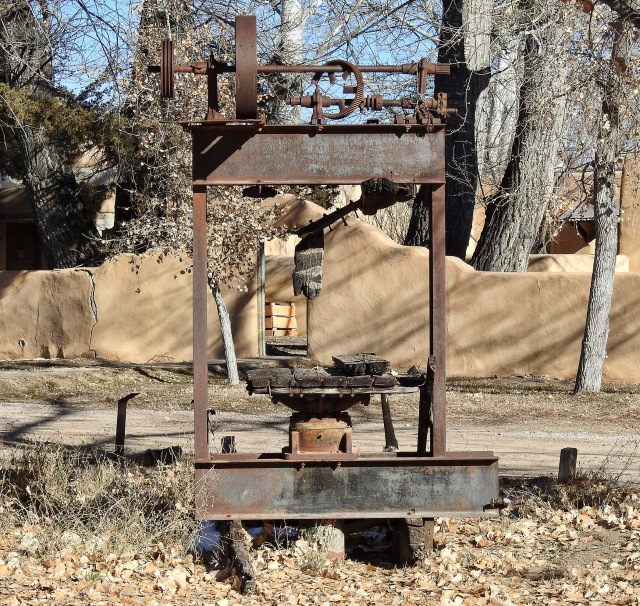 For me, one of the most thrilling bird experiences to be had is to see and hear sandhill cranes on the wing, and especially as they fly low overhead, preparing to land. The Sibley Field Guide to Birds describes their voice as: “A loud, resonant, wooden-sounding bugle with rattling or rolling quality”. Kathy and I first heard that bugle when we lived at the southern end of the Española Valley, in El Rancho. Come late October and November, we would hear their call and search the sky overhead to spot one or more “V”s of the birds. They would be very high overhead, as they winged their way south towards their main wintering grounds. Their wingbeat is described by the above author as a “slow rolling downbeat and quick upbeat”. It is a stately flight, with a gorgeous glide to their landing. 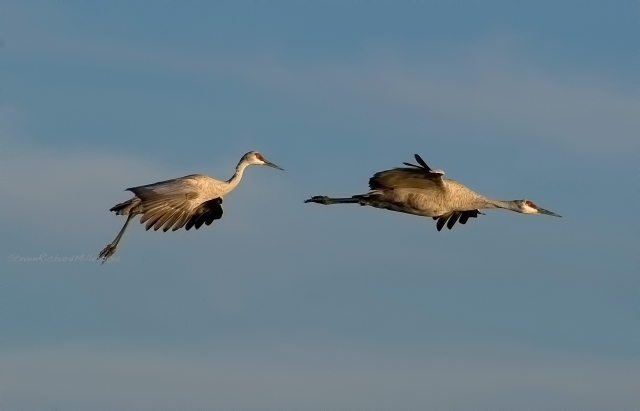 Sandhill cranes on the glide, as they return to their ponds in the evening, Bosque del Apache National Wildlife Refuge, San Antonio, NM

And, until two days ago, I had not known that they could be found wintering just a few minutes drive downstream from our house.