Our next destination was the Las Cruces Field Station/Wilson Botanical Garden. What a great place!

Our room had a bird-watching balcony …

and was named”Orchidae”, the latin name for orchids. And had an orchid by the door!

Porterweed was planted along the walkway to the rooms, here attracting a Rufous-tailed Hummingbird 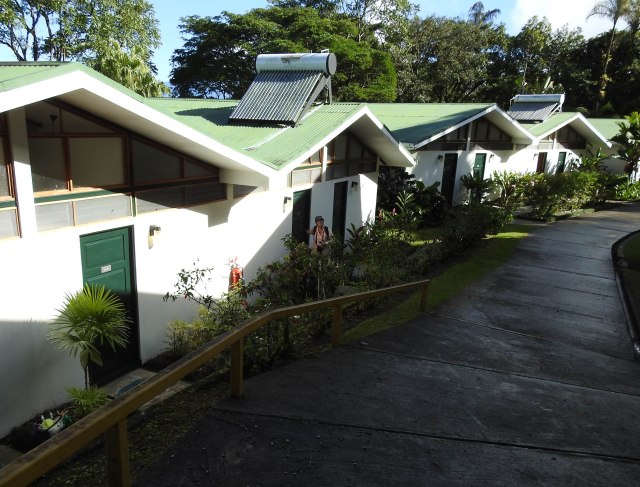 Kathy, at the Orchid Room

The Botanical Garden was a delight. 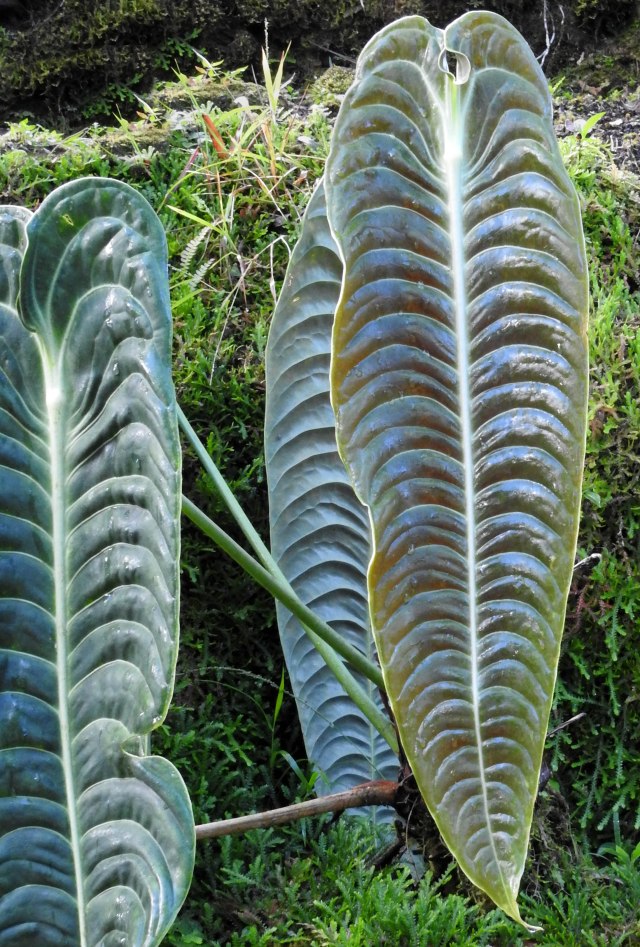 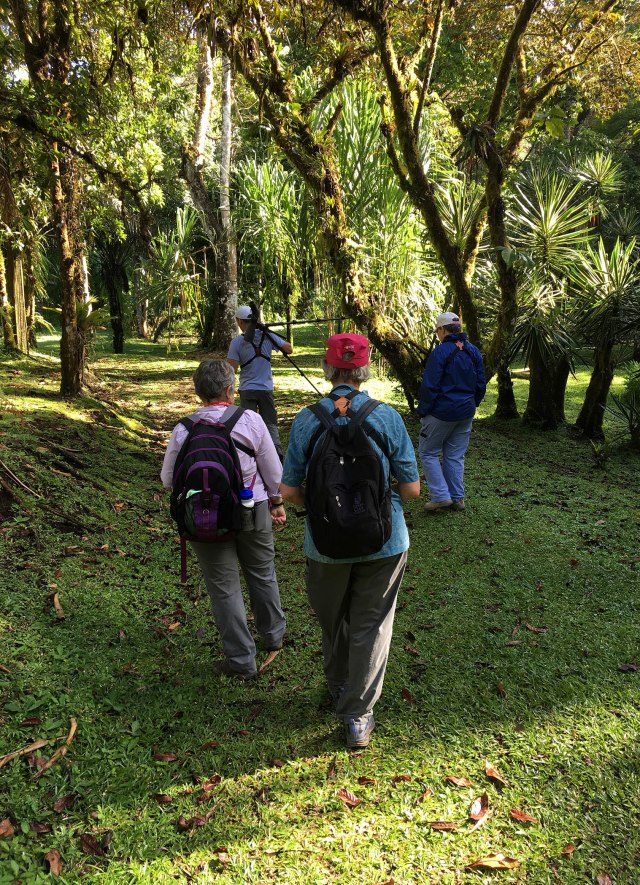 Erich leads us through the Garden, with spotting scope on shoulder. iPad photo by Kathy Miller 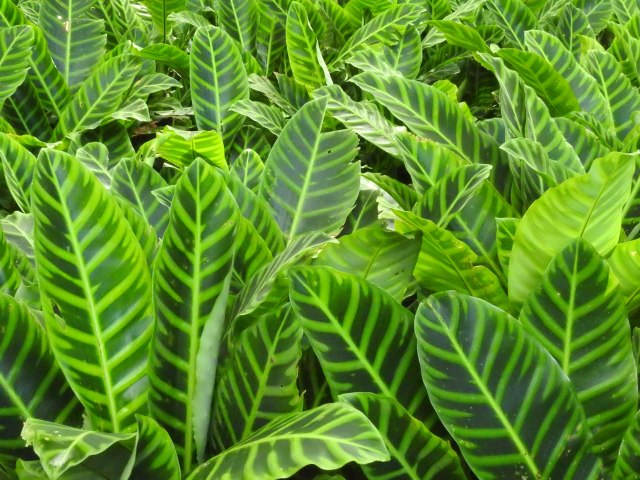 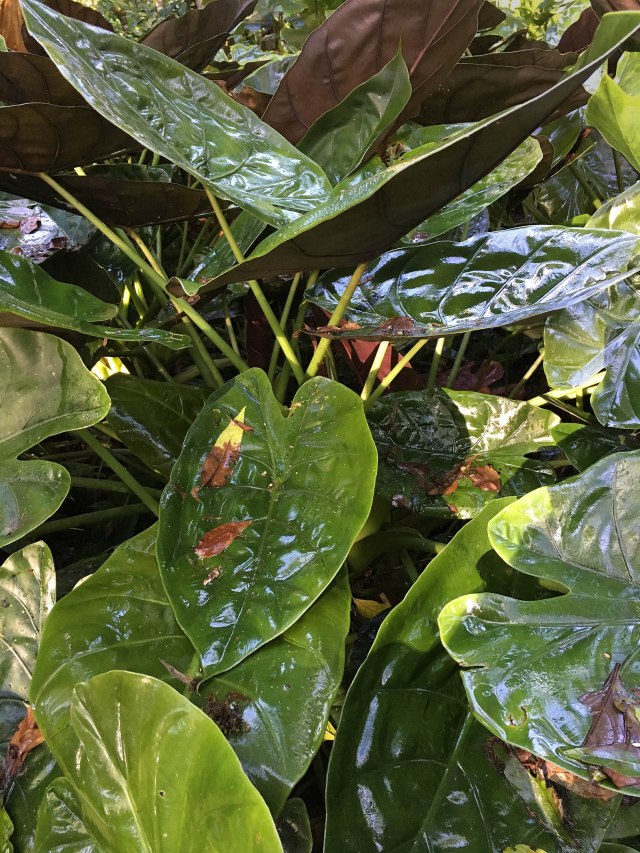 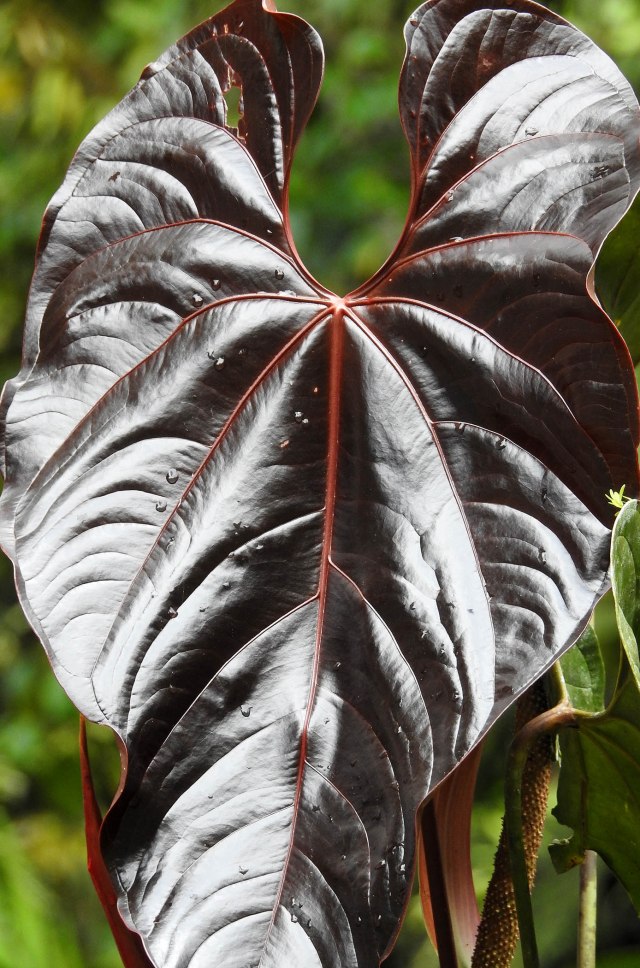 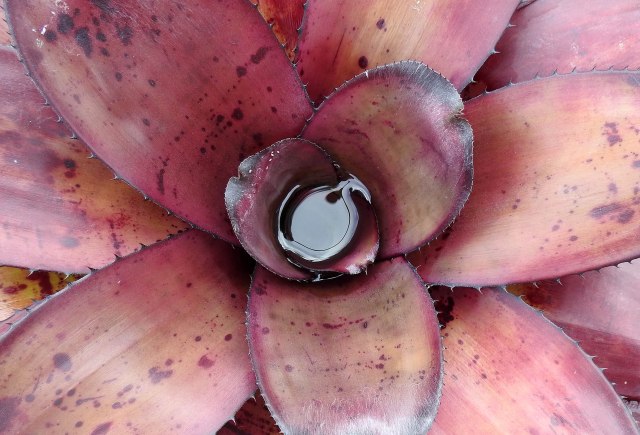 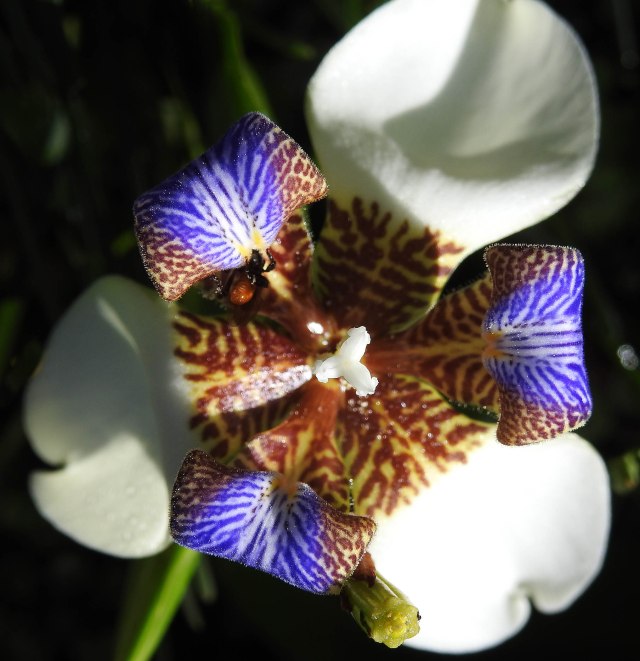 My version of the same tree and vine 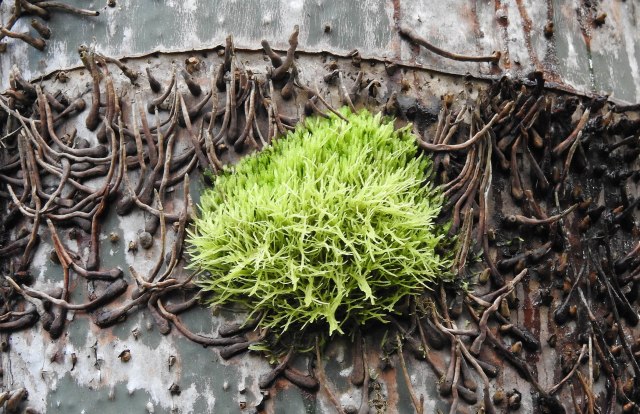 This, and two photos below: Heliconias

Kathy. Seen above and beyond is the deck that held a fruit feeder and otherwise provided  a great vantage point. 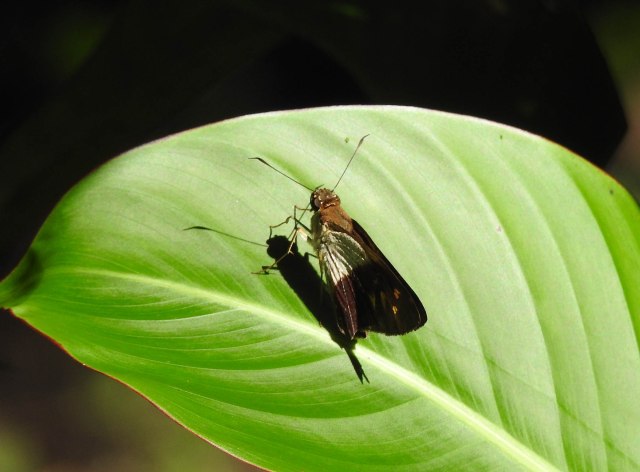 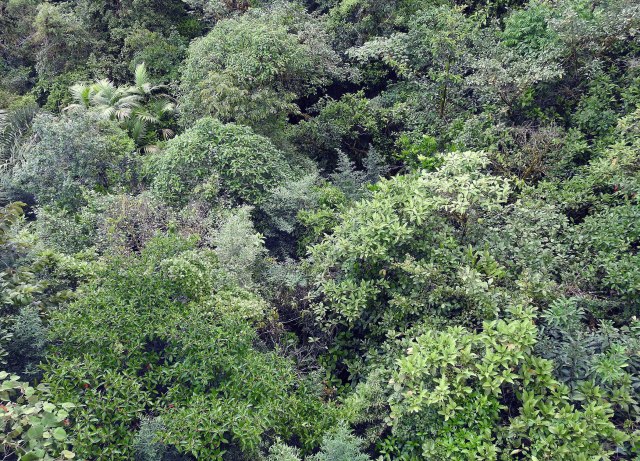 Forest, seen from the observation tower 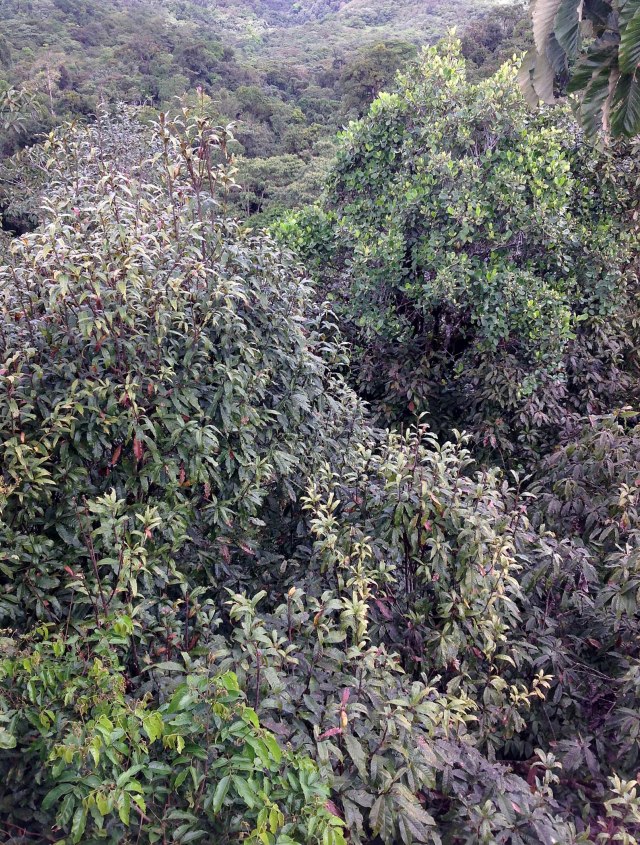 Same as above. iPad photo by Kathy Miller

In the Garden. iPad photo by Kathy Miller

But what about the birds!?! A fruit feeder on the deck of the dining hall building attracted many birds. 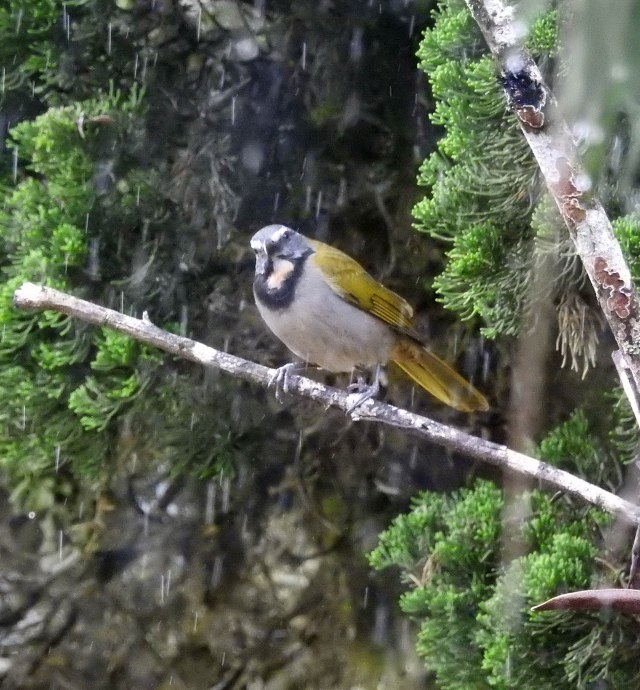 Buff-throated Saltator, in the rain 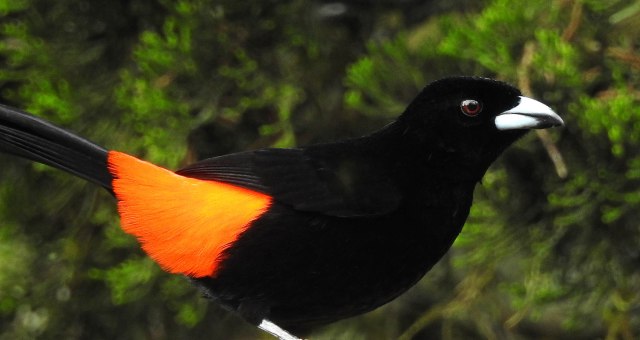 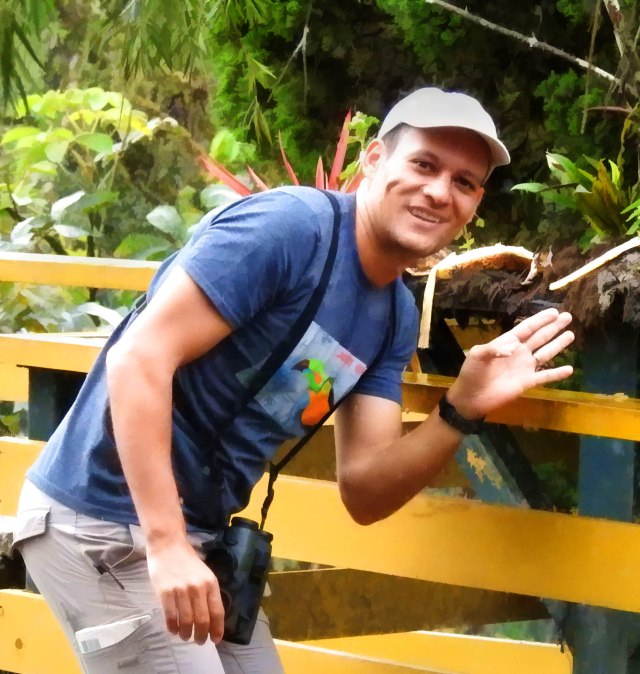 Erich Guzman, in front of the feeder 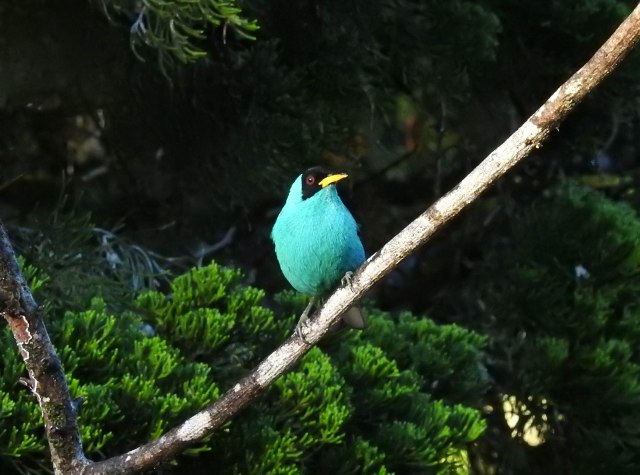 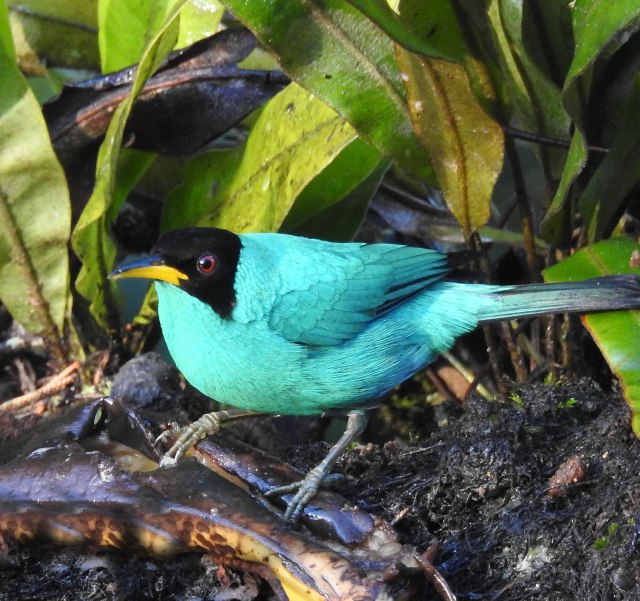 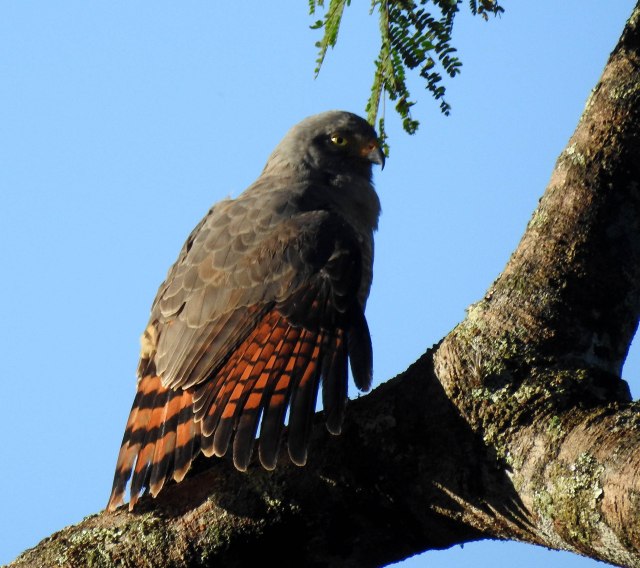 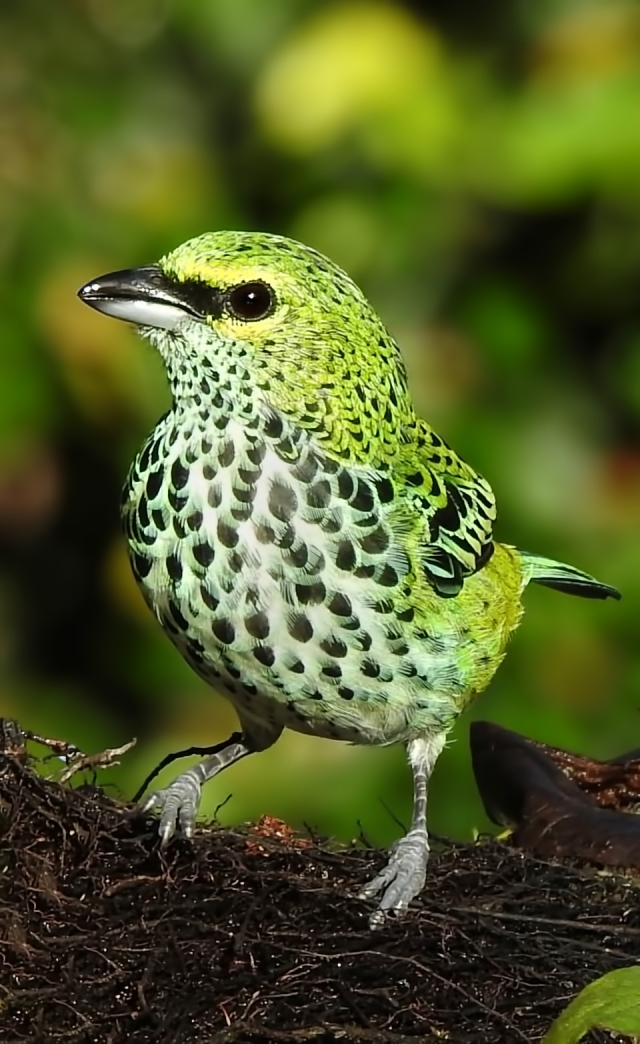 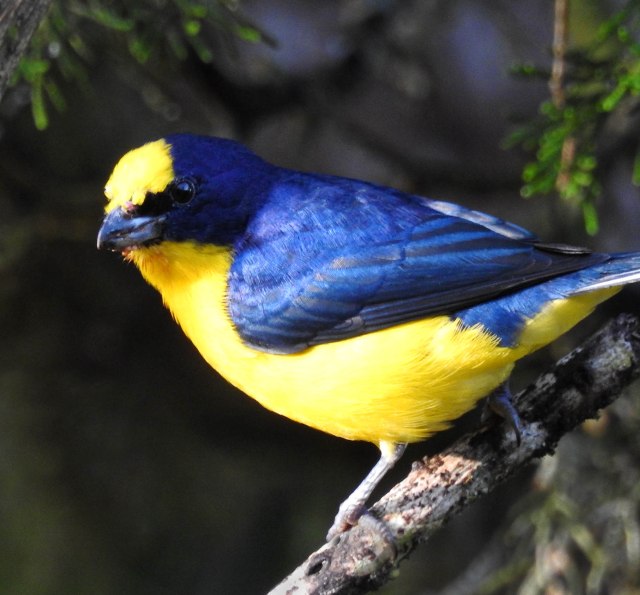 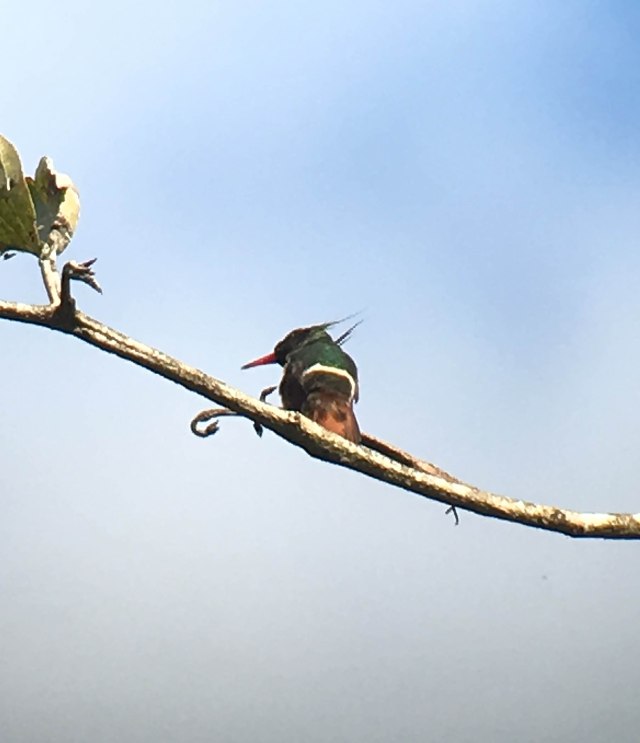 A side trip took a surprising turn. As we drove past a small farm, Erich saw the farmer cutting sugar cane and told Ricardo, our driver, to pull over. The farmer had a sugar cane press right there, and we were treated to freshly-pressed sugar cane juice! 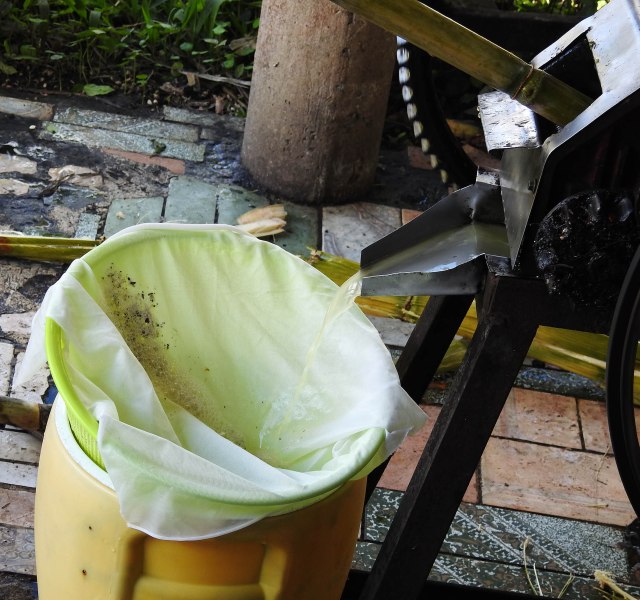 The juice pours out and is filtered

And we are served. Left to right: Carrie, Bill, Alice, Kathy, Pam, Cecilia and Rhonda. Not shown: Mary, Erich and Ricardo. The juice was delicious. 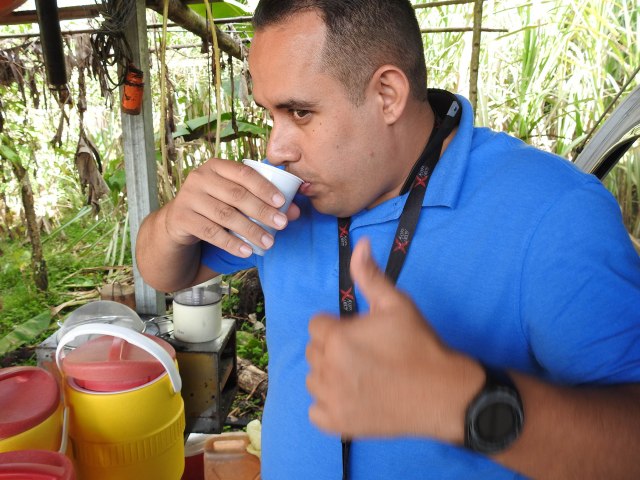 Ricardo. The sugar cane is seen behind.

I noticed the gentleman’s boats and we began to talk about where he went fishing. He then produced this photo of a huge snook, that he caught in the Rio Terraba.

Erich then asked him about getting access to a nearby pond. It turned out that his family owned a lot of property in the vicinity, which included the pond. We drove to their property, and then were led to the pond.

But we didn’t see many waterbirds there

Back-lit lizard on the far side of a leaf. Photo idea thanks to Bill. 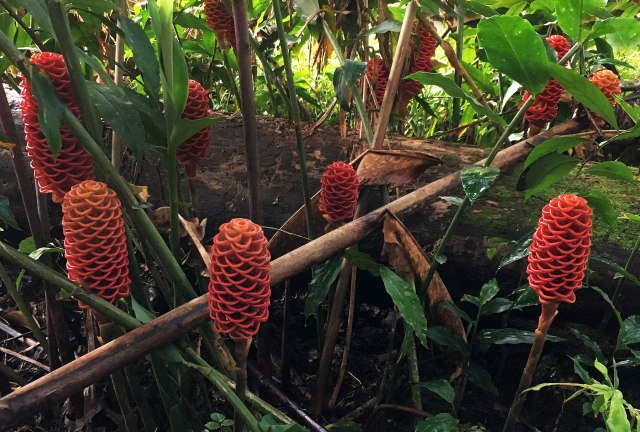 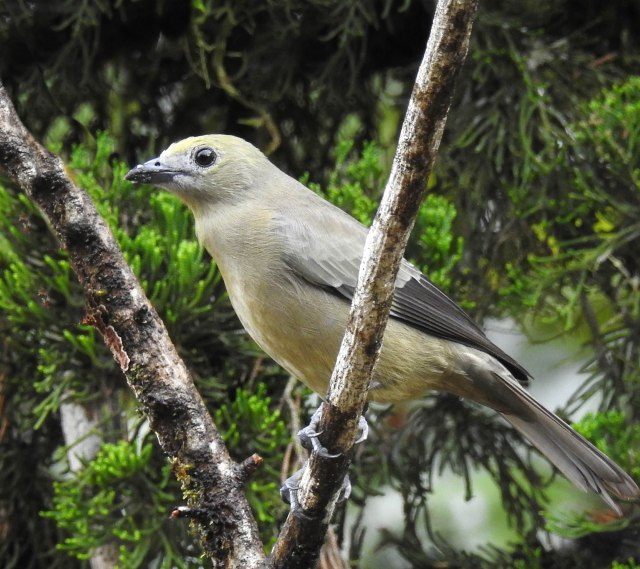 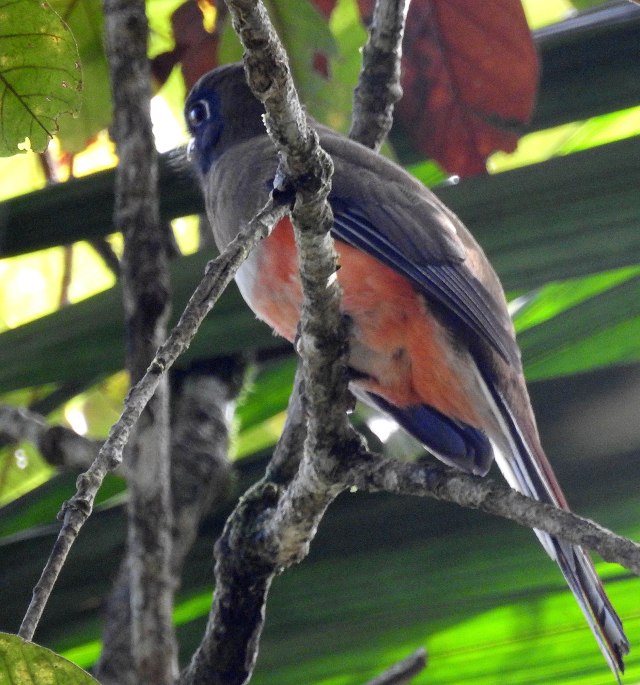 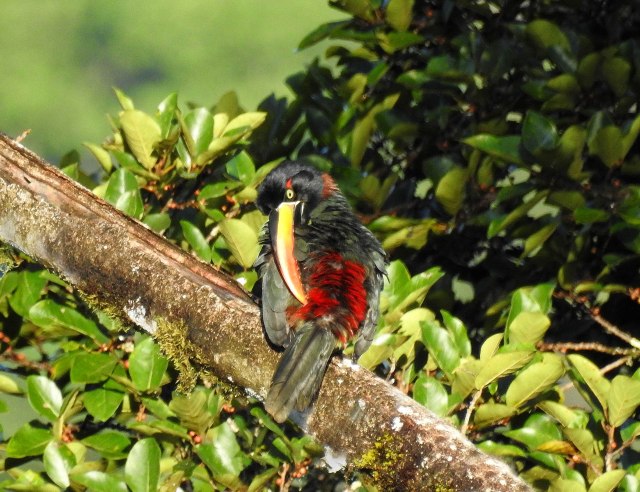 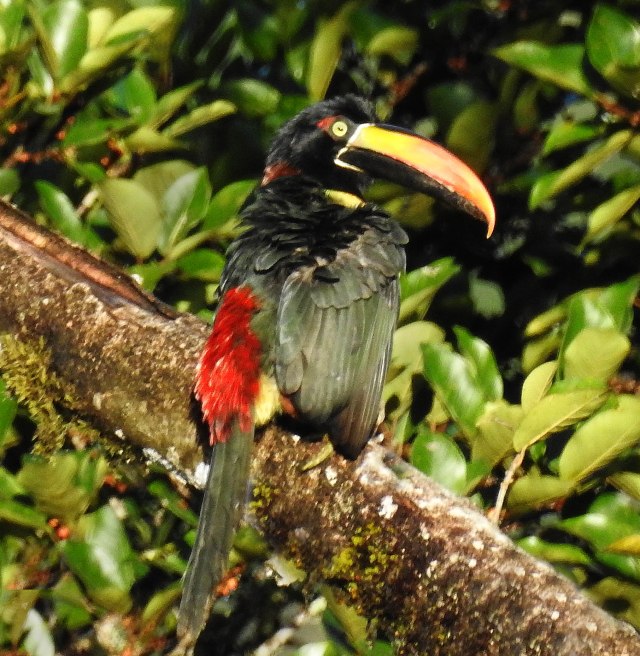 Crested Caracara, at perhaps a quarter-mile away

After two nights at the Las Cruces Field Station, we started our return to the north, and to the highest altitudes found in Costa Rica. Here is the link to Part 4: https://wordpress.com/post/believesteve.org/15210