We encountered little whitewater until our arrival at Carrizal Rapid, just short of K.190. A landslide had recently dumped into this rapid, raising its difficulty from Class III-IV to Class IV (or harder). The rapid reminded me of Shapalmonte, with a long upper stretch of randomly scattered rocks, followed by a sharp drop and a right turn as the river ran up against a wall.

Pedro at the drop, up against the far wall. Note the dirt clinging to the cliff – a remainder of the landslide

Britt, just after running the drop

Britt and Barba, on the turn

At the mouth of the Quebrada Maenchaca, on river-right. We visited a farm located just upstream, finding ripe mangos fallen to the ground. 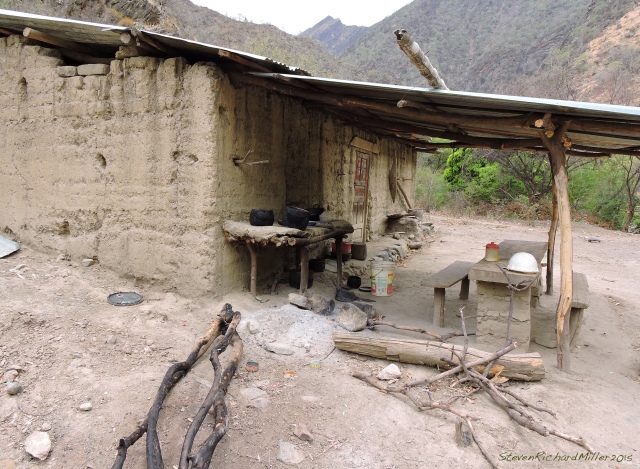 Farm house. Only three piglets were at home. 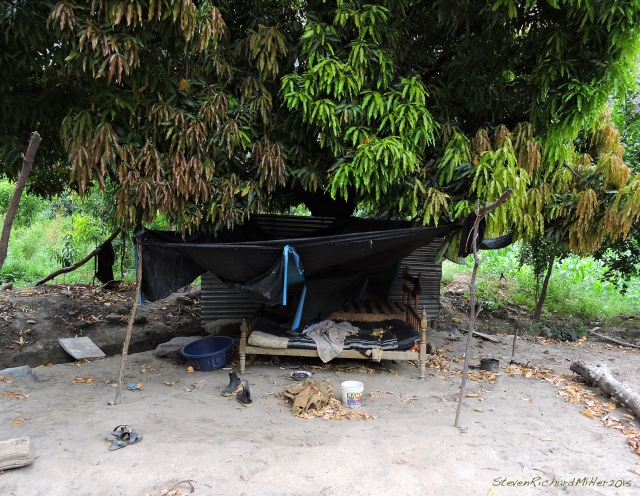 Under the mango, outside sleeping quarters

Mango tree, with a fruit-gathering wooden tool hanging on a branch

Karl, for scale, against a big mango tree. Mangos lay scattered on the ground. You can simply pick them up, brush them off, and gobble them down. Deelish! Downstream view to the river. 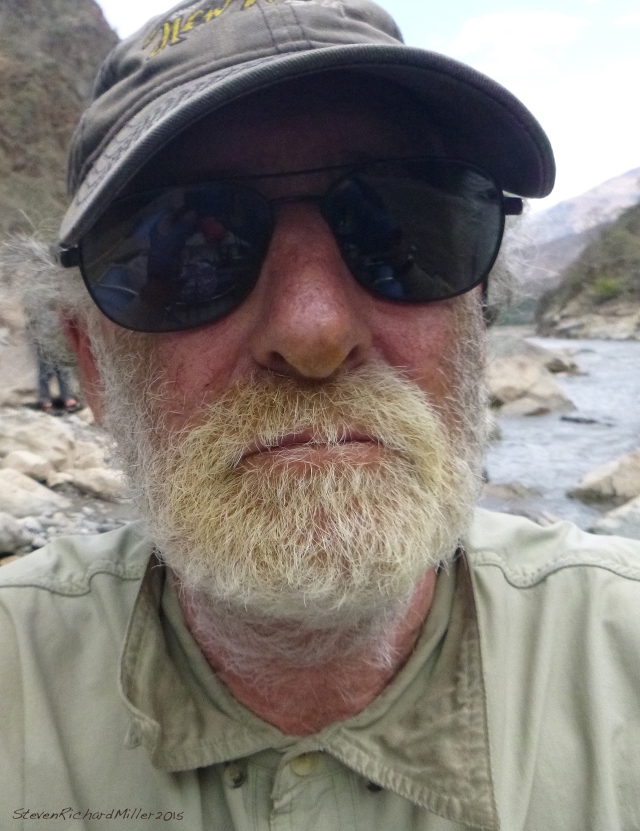 My mango-stained beard. Why is my shirt buttoned at the neck, with the collar up? You guessed it – the damnable biting flies!

Chagual is seen in the above map. Here, the Upper Grand Canyon/Inner Gorge section ends, and the Central Grand Canyon section begins.

We arrived at the small town of Chagual, and walked over to the Hostal El Amigo “Kevin”, a modest enough place, where some of us rented rooms (“Camp# 11”). We enjoyed luke-warm showers, and were able to get our clothes washed. Kathy and I were provided a fan, which helped out a lot at night. Chagual was a hot town. 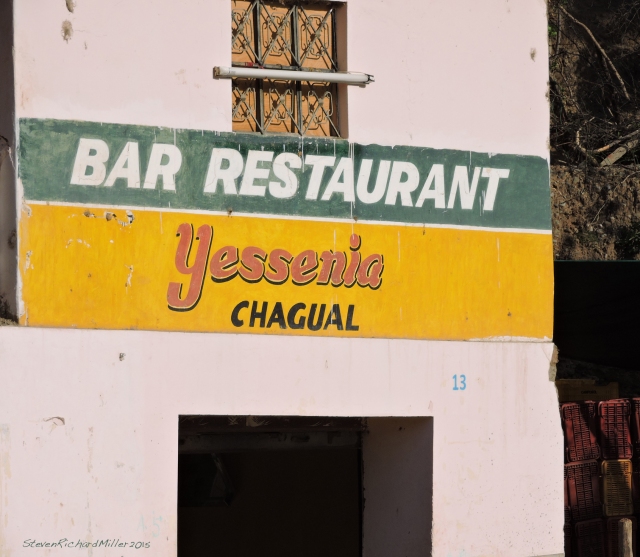 CJ sews up Britt’s pants, ripped when an oar handle caught in his pocket

The first 11 days of the trip had been hard on our clothes. I had ripped-out the crotch and further destroyed one pair of pants, and was in the process of doing same to my two remaining pairs. I was directed to a lady who owned a small store just up the road, which included an “Internet Cafe” (a couple of computers stuck into a narrow space, where Barba spent much time online) and who also had a sewing machine. I talked her into doing some sewing for me, and she skillfully reinforced and repaired those two pairs of pants, at the cost of $10. CJ had said that Vicks Vaporub was good for itching insect bites, and I bought some of it at the store, as well. We ate dinner at a restaurant just a few steps down the road from the hostal.

CJ’s banner, at the hostal