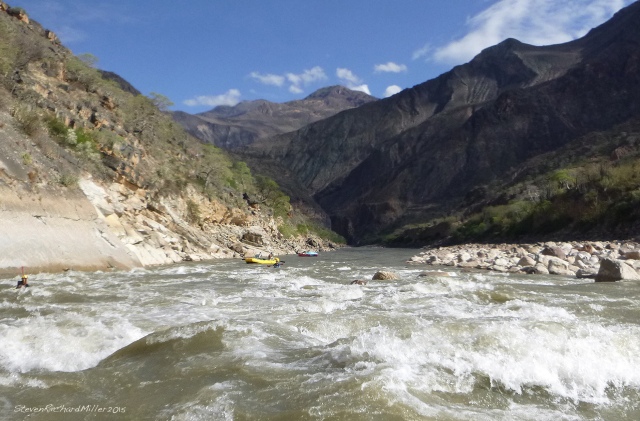 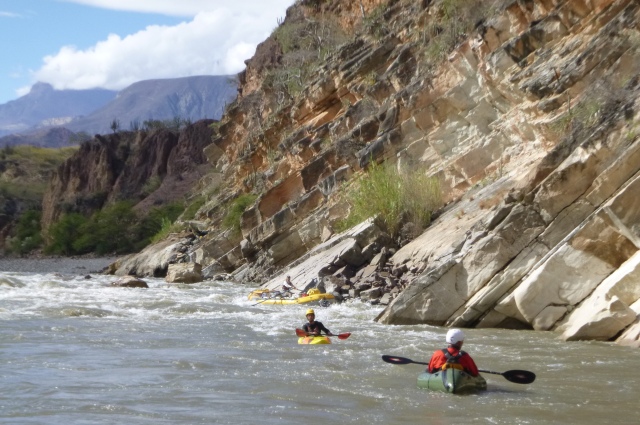 Hot Springs Rapid, view back upstream to the beach we camped on, with Karl in his packraft, Barba and Britt

Hot springs downstream of the rapid

And another hot springs further on

Karl, at yet another hot springs

Nate and Barba at the lower part of the hot springs 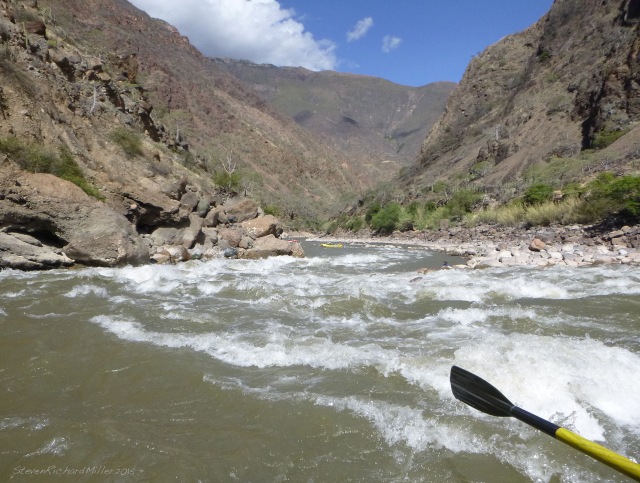 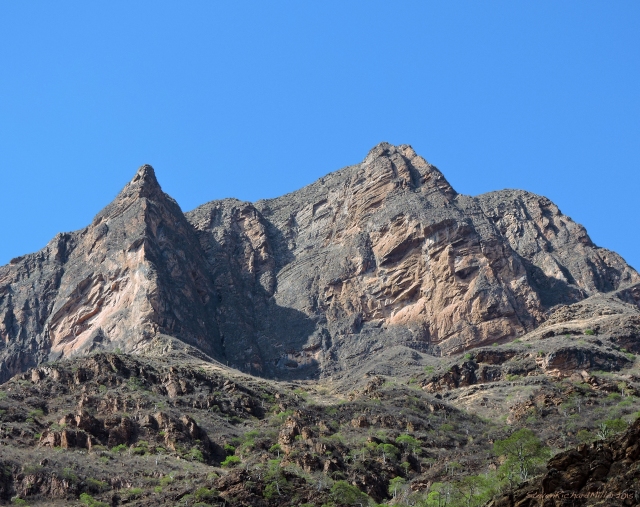 The multiple prows of Cerro Jatun Jirca, seen from further downstream, over 5,000′ above the river 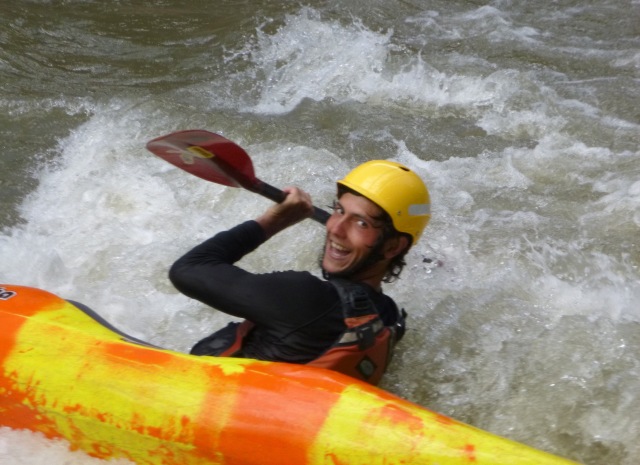 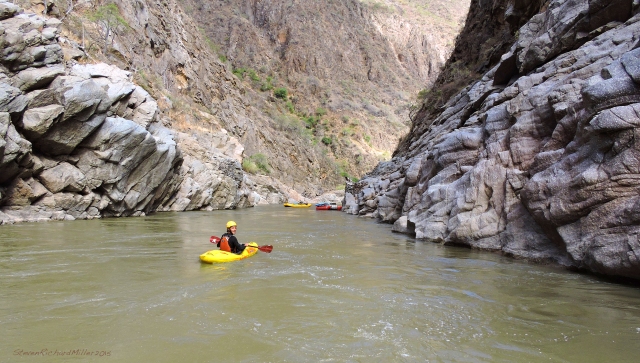 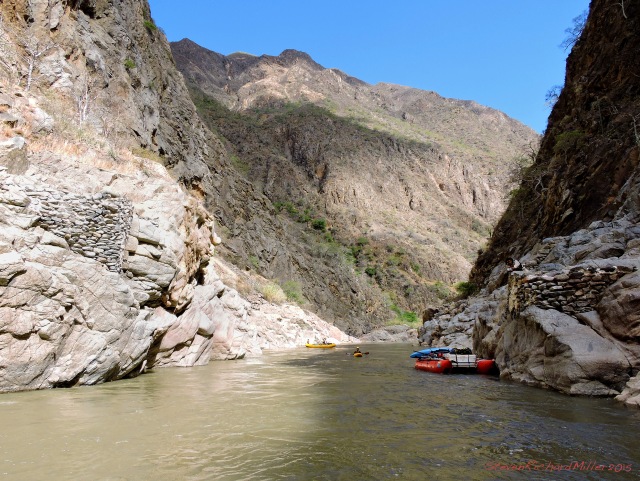 Pedro takes video with his GoPro at the former bridge site 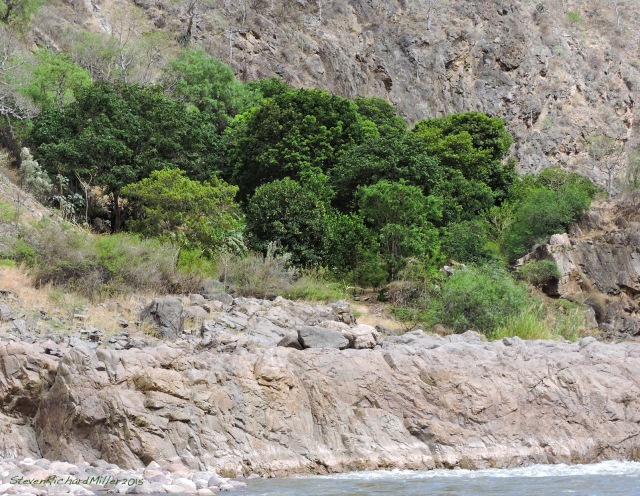 An orchard on river left, with vibrant green mango trees, and papayas to the left 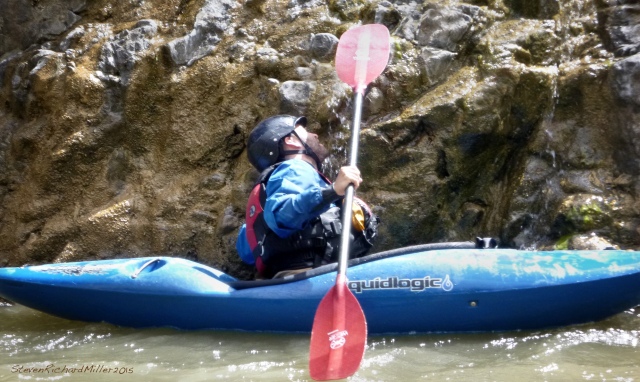 Nate, drinking from a spring

I was given this water bottle by my contact person at the Philmont Boy Scout camp (Philmont Training Center). The parents of Boy Scout attendees take weekly trips with us.

We stopped at a small farm on river right, which was unattended at the time. Equipped with only a small lean-to, the farm was probably an outlier of a larger farm located in the area. What a fantastic spot!

A nicely laid-out mini-farm watered by a small creek. No one was there when we visited. Banana and papaya trees. 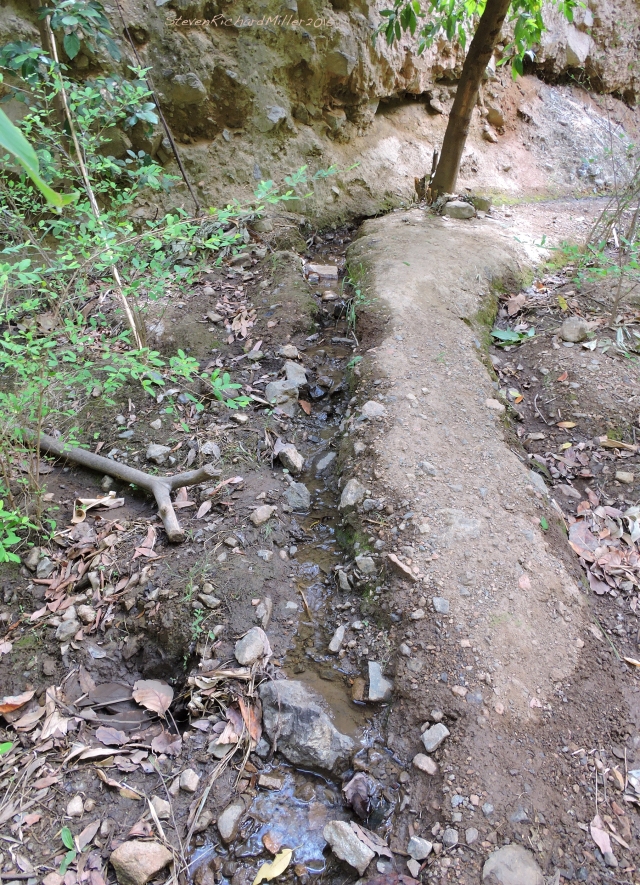 Ditch, with coca to the left

The waterfall at the top end of the farm 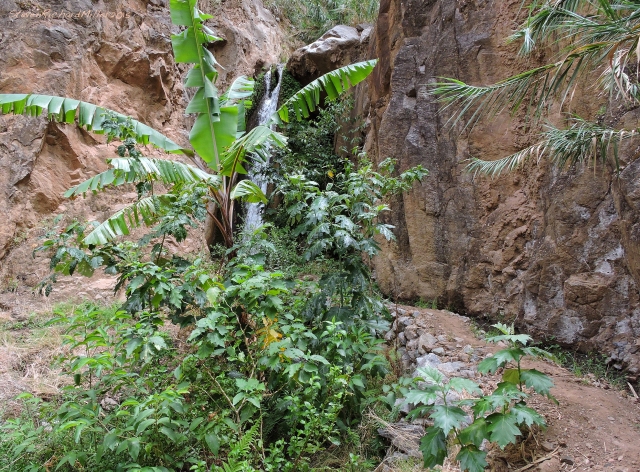 The waterfall, with ditches going off to either side and a banana tree

Lean-to and a papaya tree. This little farm is probably only occasionally visited by the owner.

Next up was Mayas Rapid (Class IV). We saw a photo of the group scouting the rapid at the end of the prior post. 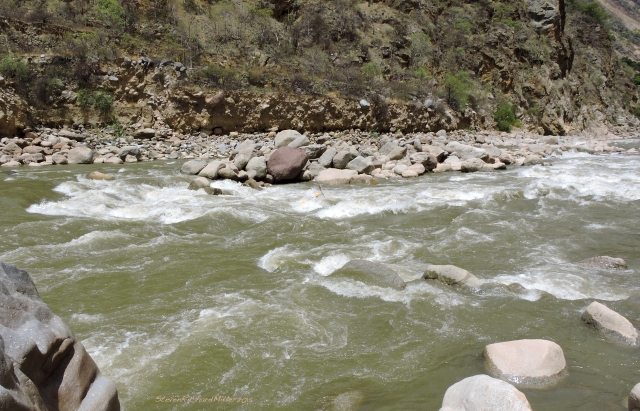 Barba goes left and gets swallowed up

Pedro goes down the middle 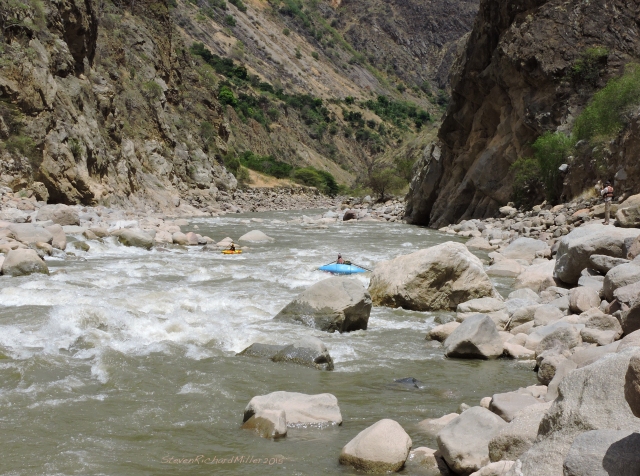 Pedro. Britt shoots from a boulder on river right.

Kathy and I enter on the left

Hey, how did we get over here? (Britt Runyon photo) 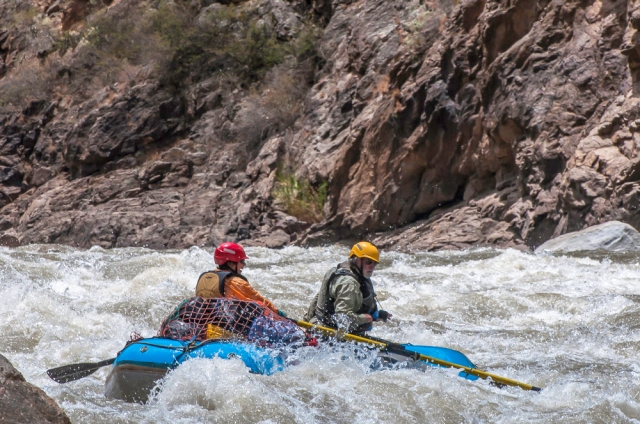 We spun off and got slung towards the river right shore. Kathy laughs. (Britt Runyon photo)

Waterfall located at the top of Ihuano Rapid (Class III-IV), river left. I’m standing in a basin that’s been sculpted-out at the foot of the falls. Kathy looks on. (Britt Runyon photo) 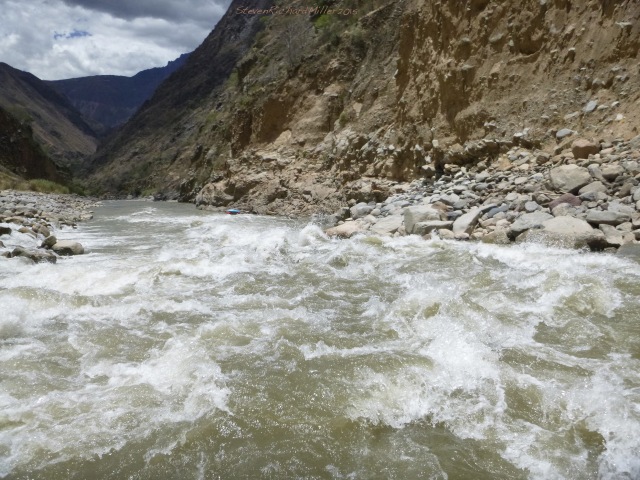 Ihuano Rapid – a good one!

“Wasson’s Staging Camp”, Camp #8, is located just upstream from Class V-VI  Wasson’s Landslide Rapid. Upstream view of the right side of the peak seen in the prior photo, Cerro Antibo, with cornfields seen on the lower angle slope. 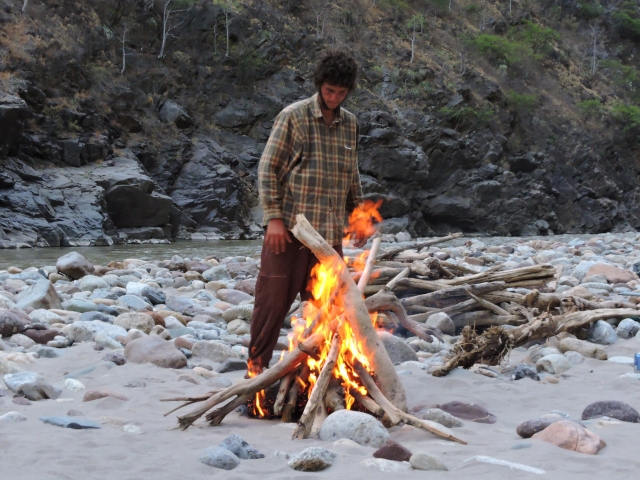 Barba likes to build big fires, which we much enjoyed. After decades of dealing with the strict controls placed on when and how one can have fires in the Grand Canyon, the freedom we enjoyed to build fires such as the above was very welcome.

The proximity of Camp #8 to Wasson’s Landslide made it possible to tackle it early the next day. The 800 meters of this rapid, parts of which would be lined, would require many hours – if everything went according to plan. If everything didn’t go according to plan, we might find ourselves bivouacking amongst the boulders tomorrow night.

Day 9. We left camp at 6:30 AM, and began our scout soon after. This is the Class IV entry to Wasson’s, with the sun about to illuminate the rapid.

How did we do in Wasson’s? See the following post to find out: