While in Iran, I had researched the Kulu Valley of India, which provides relatively easy access to peaks of moderate height. It sounded like a good bet for me. From Amritsar, I took a two-day bus trip that first went through the town of  Dharamshala, where the Dalai Lama has resided since going into exile from Tibet. The bus was garishly decorated, as is typical of this part of the world. Also typical were the chickens and other small livestock brought aboard by the passengers. We slept in a municipal building in a town along the way, maybe Mandi. The destination was Manali, in the valley of the Beas River. The valley gets its name from the town of Kulu, which we passed on the way to Manali. Nowadays, the town is a popular resort. But it was pretty quiet in 1963. Just up the road from town was a Tibetan refugee encampment – a consequence of the Chinese invasion of Tibet in 1950. There had also been hostilities between India and China in some provinces further into the mountains, and the Indian government had established a security zone at the Rohtang La (Rohtang Pass), north of Manali. 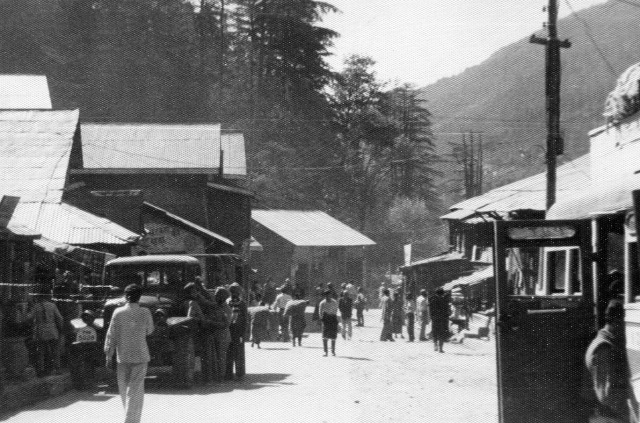 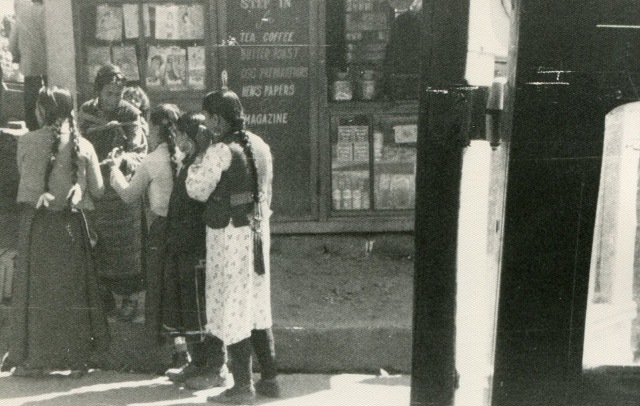 Manali, Tibetan women and women from Spiti (single braid), Sept. 1963. Spit is a province beyond the Rohtang La 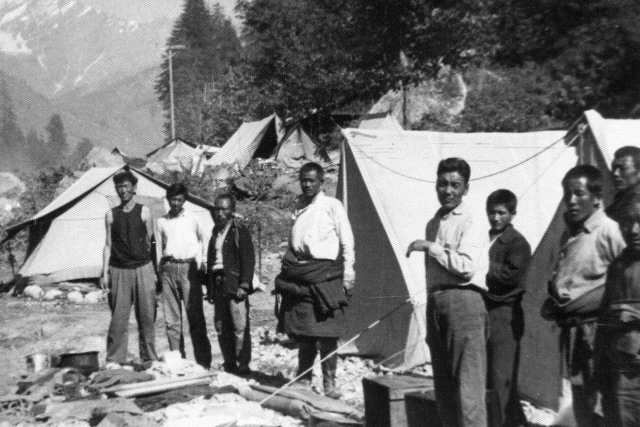 Tibetan woman, selling jewelry. I bought a mounted turquoise from her, Manali, Sept. 1963

Soon after arrival, I learned of the Western Himalaya Mountaineering Institute, located right there in Manali, and went to talk to them. They were agreeable to my coming on as a visiting instructor, to join a staff that included some Sherpas. They gave me room and board. As for the “board”, the food was so hot that I needed to have a full pitcher of water by me while eating. Each dinner preparation began with the sautéing of cayenne peppers in “ghee”. The cayenne-infused ghee was then poured over rice, and the dish was completed with some vegetables in sauce and the occasional goat vertebra. Ghee is a kind of clarified butter, and a staple in India. 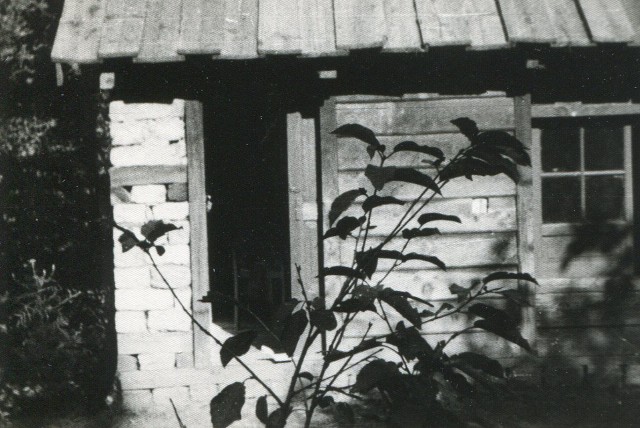 My cabin at the Institute

The Institute was operated by the Indian government, with the purpose of training civil servants in simple mountaineering, so as to accustom them to life in the mountains. Then they would be posted to those mountainous frontier provinces that were in contention with China. It was my good fortune that an expedition was due to leave for the mountains shortly. In the meantime, I hiked to the top of a high ridge above Manali to take a look around.

I would climb this mountain while on expedition with the Institute. 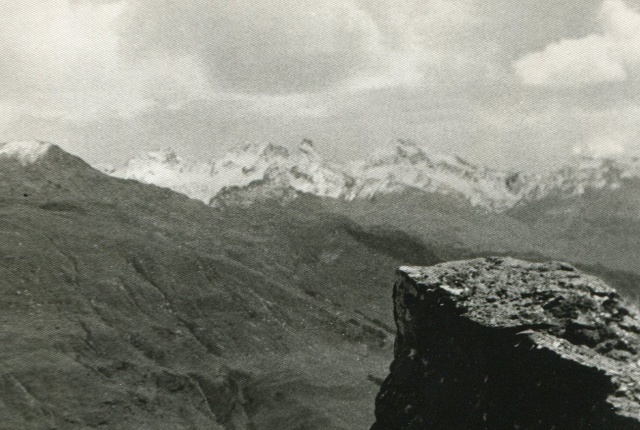 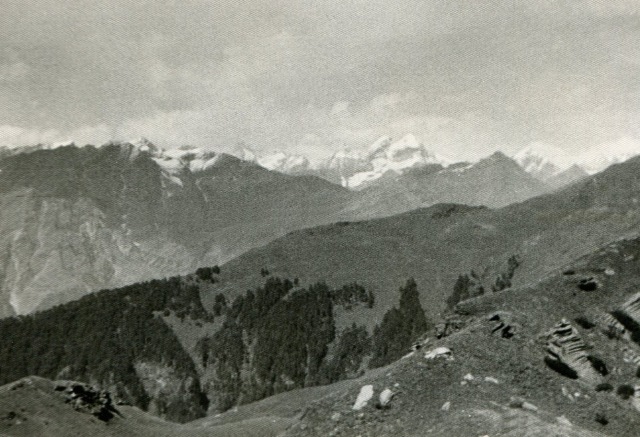 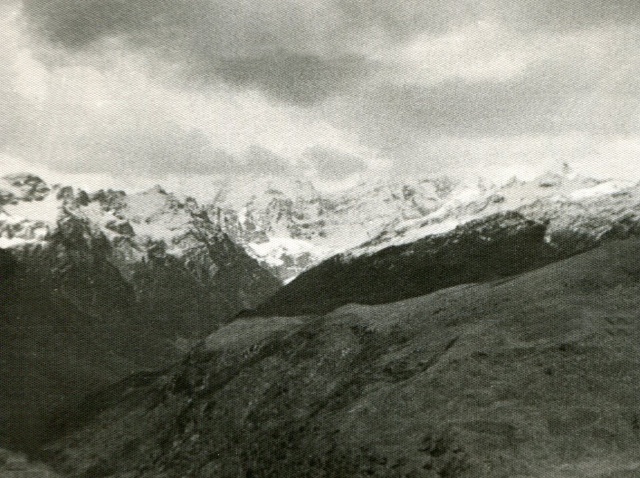 The expedition was first trucked up the road to the foot of the Rohtang La, following the Beas River. Where the road left the river valley and started switchbacking towards the pass, we began hiking upstream. Our destination was the very head of the Beas, known as the Beas Kund. There is now a road that goes partway up this valley (aka the Solang Valley). Our porters were Tibetans – tough as nails. When we were walking over rocks, they would take their boots off.  One woman carried her infant on top of her not-insubstantial load. In the evening, the porters would read their sacred Buddhist texts, which were not bound, but consisted of individual pages, which they would flip over, one after the other. We hiked to a base camp above timberline, in a grassy basin called Bakar Thach. Bounding this basin on the south was a very steep mountain wall, which culminated at its western end in the peak known as Hanuman Tibba (19,448′). This peak was called the Solang Weisshorn by early British explorers of the area. To the north was a less-inclined wall of tilted slabs, which culminated in a sharp crest, and a peak called Shitidhar (17,388′). This peak was our objective. Meanwhile, in base camp, I set up a zip line, and other amusements included a folk evening. The trainees were from all parts of India, and each performed a folk routine from their home state. I did an Indian war dance. Each morning I was wakened by a Sherpa, with the words: “Chai, Sahib” (tea, boss). I liked this treatment very much. The cooks had walked a sheep to base camp, and I watched them slaughter it. They caught the blood from the cut neck of the sheep, and later made blood sausage, using the sheep’s intestines.

The Beas Kund is, properly-speaking, a small lake situated at the foot of the slopes to the north, and it is considered the origin of the Beas River. The Beas is one of the five major rivers of Punjab (“Five Waters”). The now-popular hike to this lake is called the Beas Kund trek. and the lake is a sacred Hindu site.

Our peak attempt started very early in the morning. For our initial creek crossing, the Sherpas threw sand onto the ice-glazed rocks that bordered the creek, for better purchase. I thought that was particularly clever. The climb, while only a walk-up, involved some serious altitude gain. Consequently, I was alone at the summit.

Mt Shitidhar, 17, 388′. The tilted slabs that make up this mountainous ridge are seen here.

Back at the Institute, my urine turned brown, and I knew I was sick. It was hepatitis. The diagnosis was confirmed by a doctor at the refugee clinic. It was clear that I should go home. No study at an ashram, no Far East, no Australia, no completing a voyage around the world. Too bad for me!

DC-3 taxis on the grass strip in the town of Kulu. I flew to Delhi.

I found a travel agent in Delhi who I asked to contact my folks, with the request that they buy me a plane ticket home. Fortunately for me, they had the money to do so. This took a number of days, and I spent my nights bivouacked on the hard marble floor of the local Sikh Temple, while waiting for the arrangements to be concluded.

How did I get hepatitis? Well …. in a prior chapter, the one on Iran, I mentioned that my boss at the newspaper had stolen my money. Up till that point, I had been getting my cholera/yellow fever shots at the US Army Hospital in Tehran, at the cost of $1.00/shot. Now, with no money, I was obliged to go to the Institut Pasteur, where the shots were free, for my very last shot. I and others lined up. The guy in front of me got a shot, and then, without a change of needle, I was given my shot. Need I say more? 6 weeks later, in India, I came down with serum hepatitis.

Record of my first shots. Also seen is a record of a revaccination by my esteemed family doctor in NYC, Joseph Graham, April 20 1962, just prior to embarking on this trip.

I boarded a plane in New Delhi, with a stop in Beirut (then considered the Paris of the Middle East), thus bringing to an end this year and a half of traveling abroad. 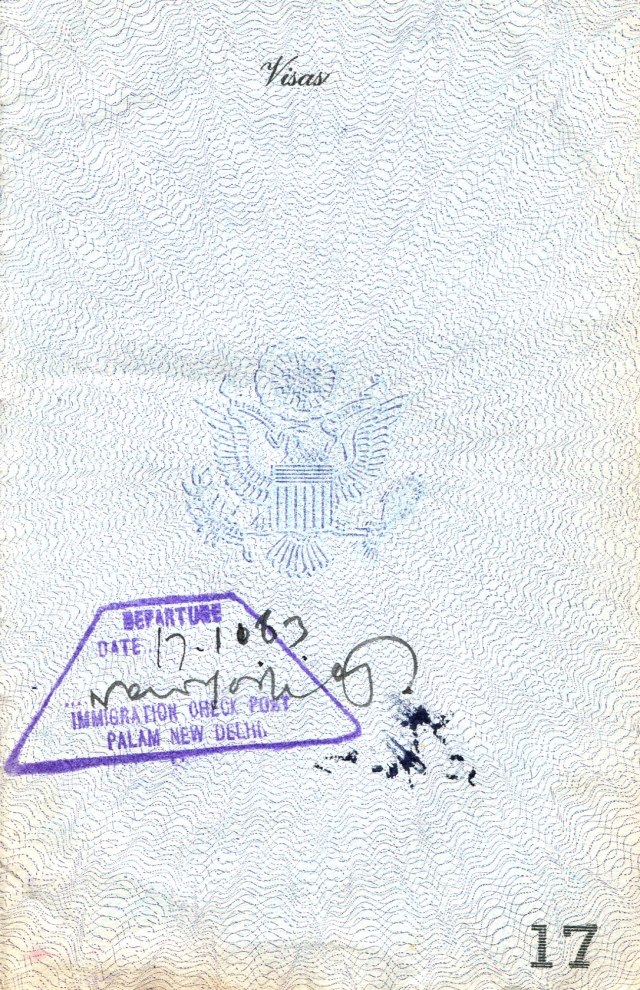 Then to New York, and a short stay in the hospital. I was convalescing at home on Nov. 22, when the news of Kennedy’s assassination came over the radio. Sometime later, my folks bought me a new pair of skis (at Saks Fifth Avenue, of all places), prior to my departure for Sugar Bowl Ski Area, located atop Donner Pass, in California. This, my 4th ski bum winter, will be covered in the next chapter.