The Dauphiné is a rugged granite range, with climbs similar to the Mont Blanc massif. But it often enjoys better weather than the latter, and attracts climbers when the peaks around Chamonix are “platré” (plastered) with snow. I arrived in La Grave in early July, 1962, and had the good fortune of finding a group of French climbers who let me tag along with them on a couple of climbs, both classics of the area.

The north face of La Meije, from La Grave

On July 6, we climbed the South Face of the Aiguille de la Dibona, which is described as follows: “The Aiguille Dibona, formerly called Pain de Sucre du Soreiller 3,130 m is a mountain in the French Alps, in the Massif des Écrins, notable for its ‘astonishing triangular granite spear'”. Wikipedia. The route we climbed is rated TD (tres difficile) which translates to “very difficult”.

Aig. de la Dibona, with the slabs of the south face and the west face to the left

The route initially follows the large “dierdre” (open book), that crosses the face from right to left

Jean-Louis Joubert below the dierdre, and the tunnel it contains 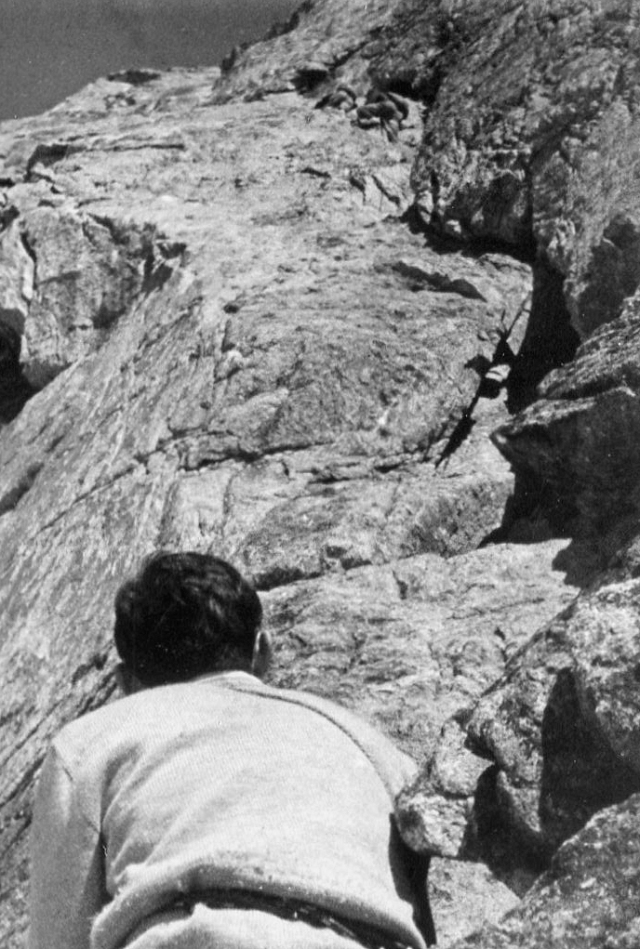 Two climbers in the dierdre, above

At the corner, where the South Face route meets the West Face 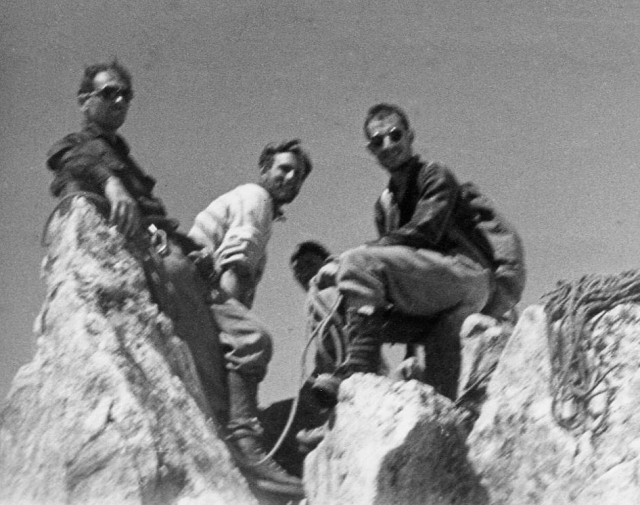 Summit of Aig. de la Dibona, with Andres (left), me and Daniel (right) 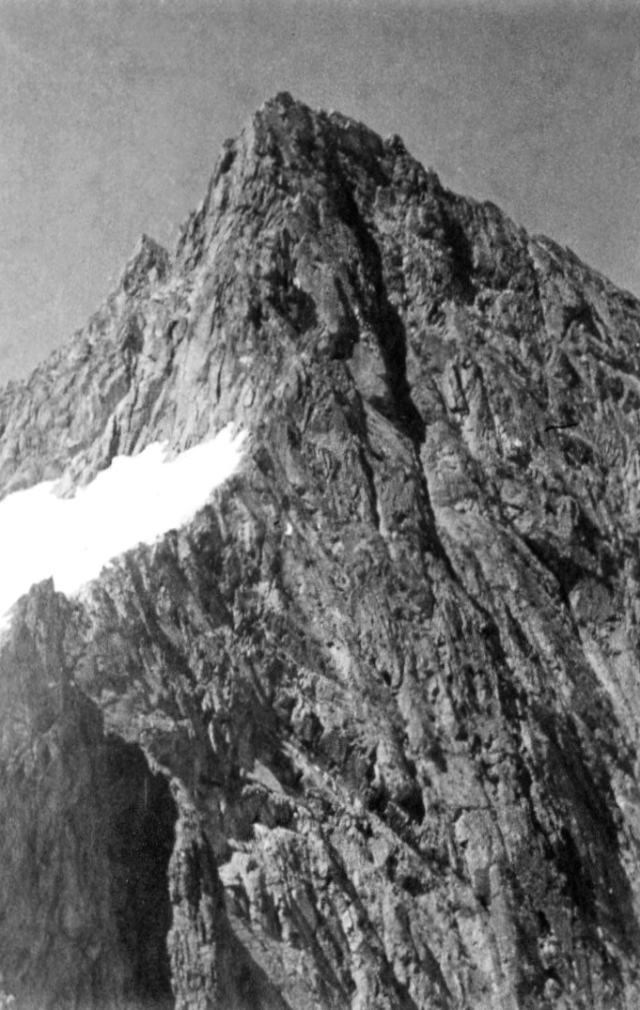 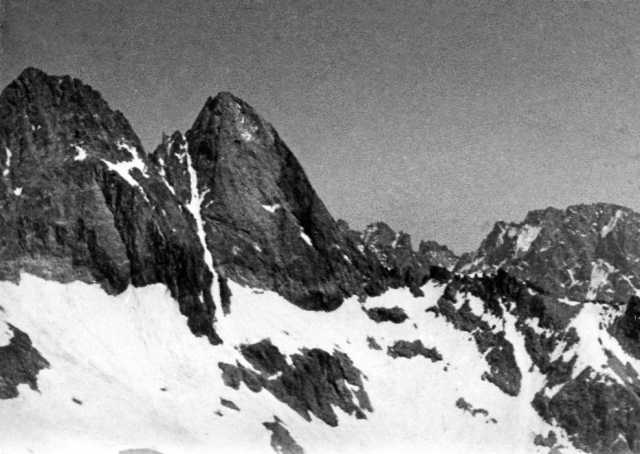 Other peaks near Aig.de la Dibona

Aig.de la Dibona, rappeling, with Daniel, Francois and Jean-Louis behind

Well … did I get my money’s worth on that climb or not? Spectacular! I was in seventh heaven. We followed this climb by tackling the great South Face Direct of La Meije, on July 10. Here’s what http://www.summitpost has to say about it:

The Glacier des Etancons and the South Face of La Meije. The direct route goes straight up the large wall in the center of the photo (photo taken from the Chatellrat hut) 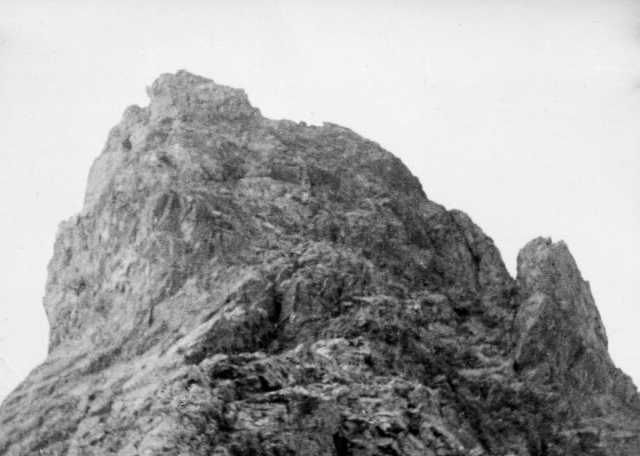 La Meije, summit. After completing the South Face direct route, we arrived at this point, 100m below the summit of the central peak, at 5 PM. We descended from there to avoid the possibility of getting be-nighted.

Other peaks, from La Meije

After completing this wonderful route on La Meije, I was ready for Chamonix.