Boy, do we ever like monsoon season, which is certainly upon us now. Named after the Indian Monsoon, our’s is caused by the arrival of very moist air from both the Pacific and the Gulf of Mexico. Thunderstorms develop as this air is pushed to altitude by the mountains it encounters in Arizona and New Mexico. Our position alongside the Rio Grande, south of Taos, is particularly fortunate for viewing stormy atmospherics, with broad views to the east and west. As evening rainstorms sweep by, from west to east, we get rainbows in the eastern sky and spectacular sunsets in the western sky. 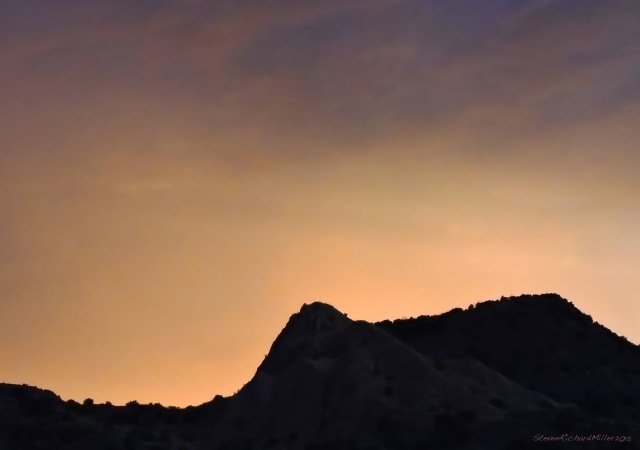 Just to the west is this hill, composed of lake sediments. It’s called the Barrancos Blancos. Behind it and to photo right, is a a tilted volcanic mesa. The mesa was pushed up  and tilted by the Embudo fault, a local feature of the Rio Grande Rift

View to the west of volcanic Black Mesa, with God Beams

View to the west of volcanic Black Mesa, some minutes later than the above photo

View to the north 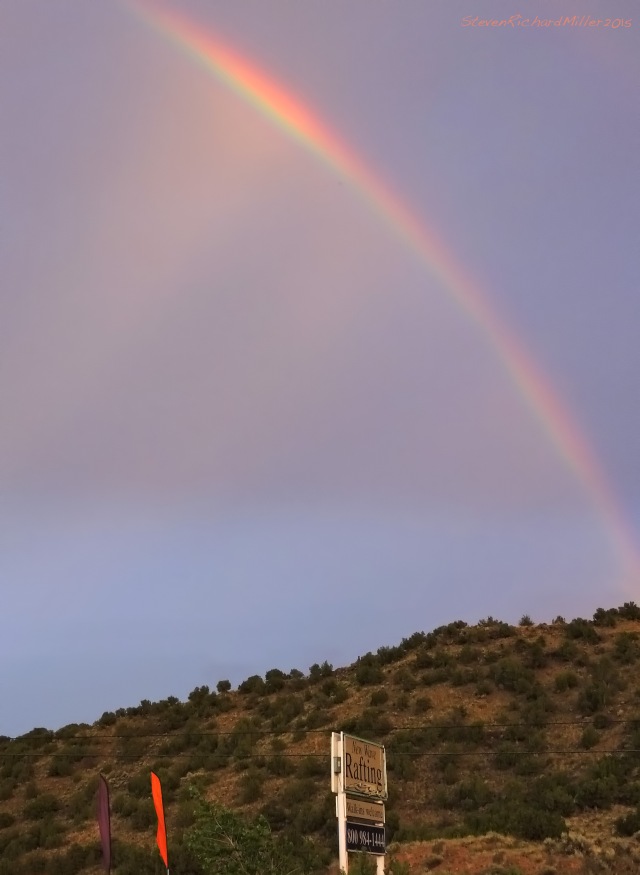 Rainbow over the New Wave Rafting Co sign, in the southeastern sky