Posted on December 9, 2014 by Evensteven

We tear ourselves away from Elves Chasm and drift downstream towards Blacktail Canyon, another favorite. In Stephen Aisle, at Mile 117, the Monument Fold fault intersects the river, and brings the Tapeats Sandstone to river level.

On river right, the Monument Fold fault drops the Tapeats to river level (photo left). Except for one or more spots, this is the last we’ll see of the metamorphic rock for the time being. The Upper Granite Gorge is now behind us. Atop the Redwall, formations in the Supai are seen along the edge of the Esplanade.

119 Mile Rapid, in a gorge of the Tapeats Sandstone

Blacktail Canyon upper beach, at Mile 119.9, river right. Schist rocks are seen in the eddy, and the South Rim is on the horizon, in this downstream view.

Blacktail is a slot canyon cut into the Tapeats Sandstone, but with exposures of the schist also present. The interface of the Tapeats and schist is particularly dramatic, and constitutes one of the most readily available and vivid examples of the Great Unconformity encountered along the river corridor. From Wikipedia: “An unconformity is a buried erosional or non-depositional surface separating two rock masses or strata of different ages, indicating that sediment deposition was not continuous. In general, the older layer was exposed to erosion for an interval of time before deposition of the younger …”. This particular example was named the “Great Unconformity”  because of the considerable period of time that is missing between the two layers. The lower surface of the Tapeats is 1.2 to 1.6 billion years younger than the upper surface of the schist. The upper surface of the schist is called an “erosional surface”, which means that rock was removed by erosion from this deposit, leaving, in this case, a particularly flat surface. In this instance, a mountain range was completely leveled, after which the Tapeats Sandstone was deposited atop it along the edge of a shallow inland sea. 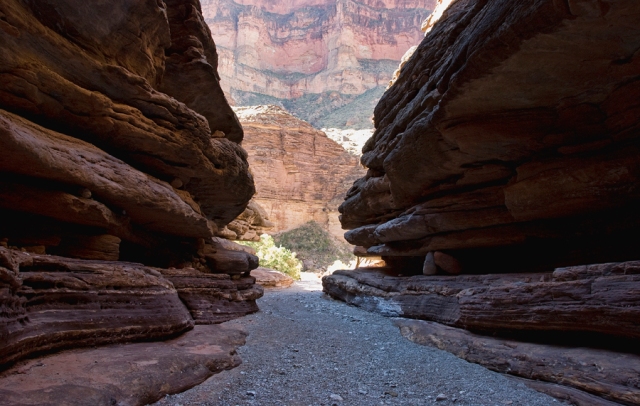 Tapeats Sandstone, at the entry to the Blacktail slot canyon

Jordan sits on the schist, while pointing out the Tapeats above, and the schist below

Tapeats above and a quartz mass in the schist below 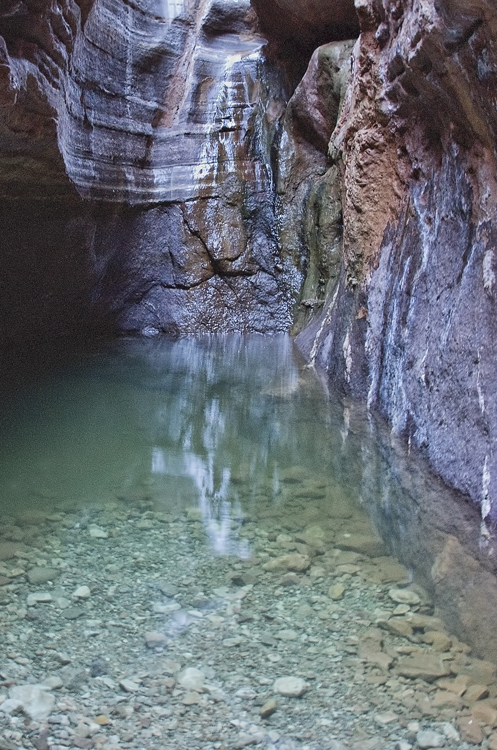 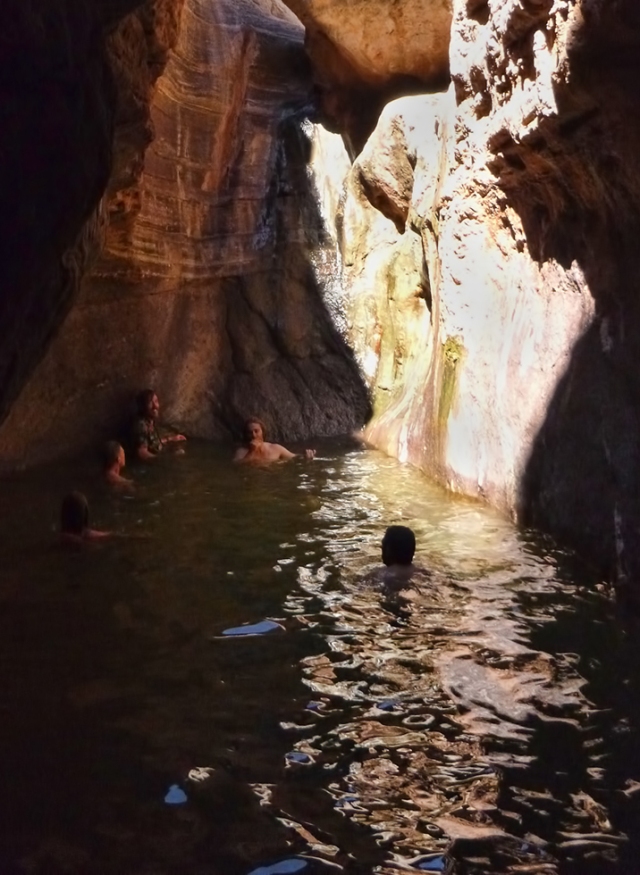 And what a great place to cool off on a hot day! 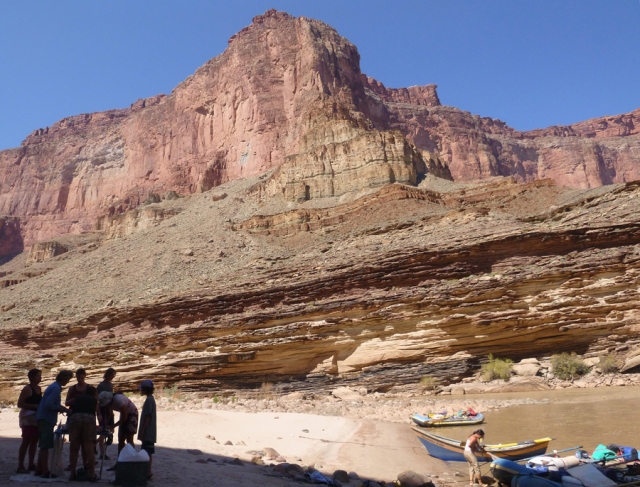 Lunch, across from Blacktail Canyon