A Weedy Summer for the Rio Grande

Posted on September 3, 2014 by Evensteven

There is a water weed (that I have yet to identify – maybe Hydrilla?)) that has overtaken the Rio Grande. Only channels of the fastest water are free of this weed. Elsewhere, it has grown to the surface in water as deep as two to three feet, where it then creates dense mats. We have seen this weed in the Rio Grande before , but never before like this.

With respect to fly fishing, the Rio has been off-color all summer, with greater-than-normal amounts of water in July and August being passed downstream from Colorado, along with plenty of monsoon rain and a few good floods. In Orilla Verde, a flood cut a brand-new pair of gullies down the hillside, across and a little upstream from the Petaca CG. I’ve just resumed fishing, as the water has now begun to drop and clear up. As of 9/3, the flow is 286 cfs.

Because of the weeds, wade fishing in some parts of the river has become an aerobic exercise – especially if you attempt to wade upstream. Wading downstream is not so bad. Get out and try it! And don’t forget your wading staff. We have found, in places, shallow and weed free lanes along the shore. Trout can readily see a dry fly in this kind of water. On 9/1, I went out with Bill Gould. The fish started feeding after the sun left the water, and Bill was the first to catch a fish – a brown trout on a grasshopper pattern, while I was still nymphing (to no avail) in the deeper, faster water. I switched to a PMX dry fly (grasshopper imitation) and moved to a weed-free lane on my side of the river. Both rising and non-rising fish showed an interest in the PMX, and Bill also caught a rising fish on a midge cluster pattern. After we returned to the car, I looked across the river and saw four otters swimming upstream along the shore, right where Bill is shown fishing, below 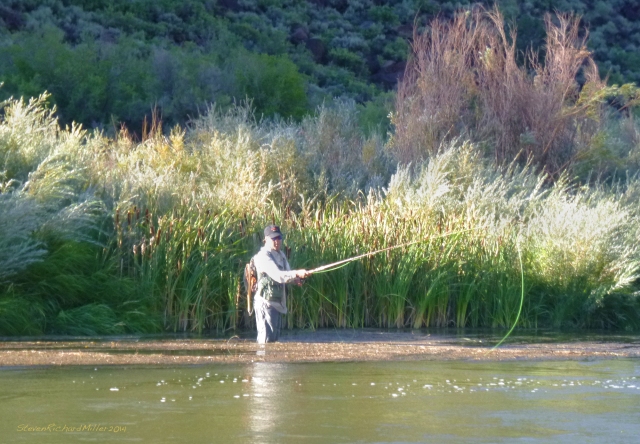 Bill stands knee-deep in the weeds, while fishing out to weed-free water 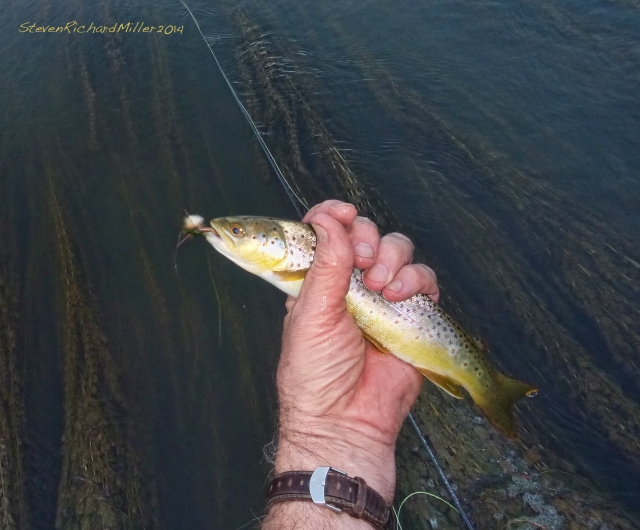 Small brown trout caught on a PMX. Note the weeds that fill the water below 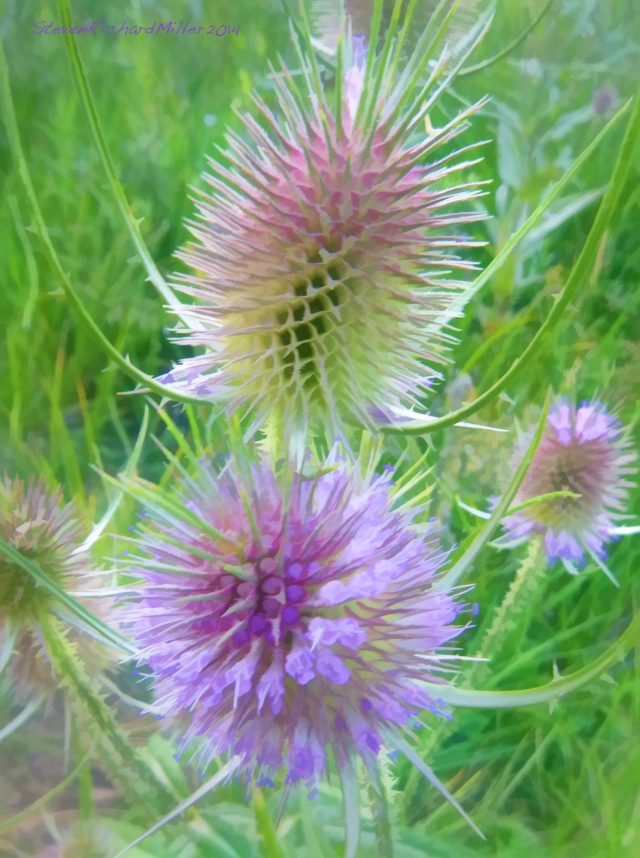 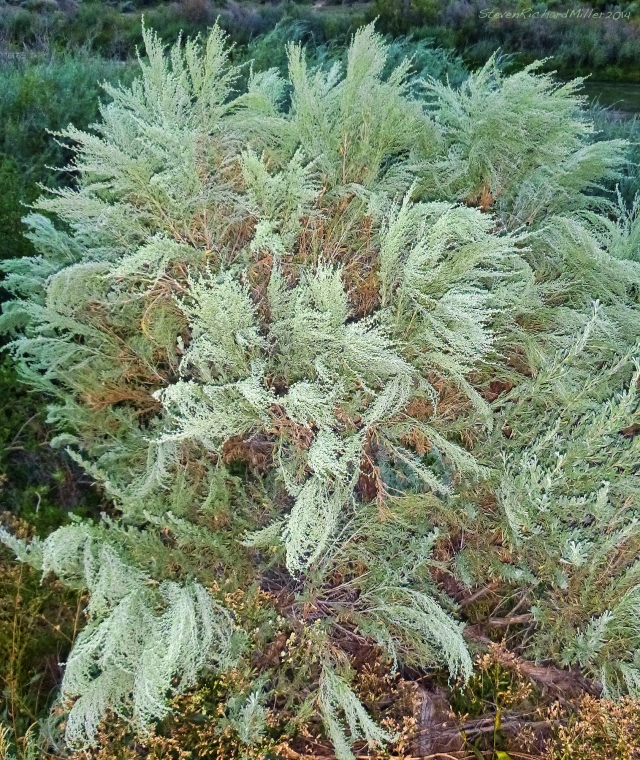