Spring on the Rio Grande, NM

Spring is springing along the Rio Grande. The wintering bald eagles must have heard the predictions for an early Spring, because they up and left in the first half of March. The other winter residents – the goldeneye ducks – left shortly thereafter. The mallards and Canada geese appear to have become non-migratory year-round residents. Mergansers are now showing up, and I spotted a pied-billed grebe that I have not seen here before. I heard a peep behind me, and turned to see the bird swimming between myself and the shore. A day later, while standing on the shoreline, an otter popped up 30 feet away and went back under immediately, but we (myself and friend John Lopez) saw the otter swim across the river not far downstream. Yesterday I saw the first golden eagle, having seen a prairie falcon circling around the cliffs earlier. There is a fairly tame pair of western bluebirds now hanging out at the Rio Bravo CG in Orilla Verde, along with a downy woodpecker and other songbirds. I believe the bluebirds will soon continue to the north. Two days ago I saw the arrival of the first broad-tailed hummingbird, which caused me to run into the house and ready the feeders. Today a black-chinned hummingbird showed up at the feeders. Other songbirds now around are dark-eyed juncos, white-crowned sparrows, Say’s phoebes, yellow-rumped warblers, black-capped chickadees (shown earlier), white-breasted nuthatches (shown earlier), canyon towhee (shown earlier), and I expect some grosbeaks and western tanagers soon: 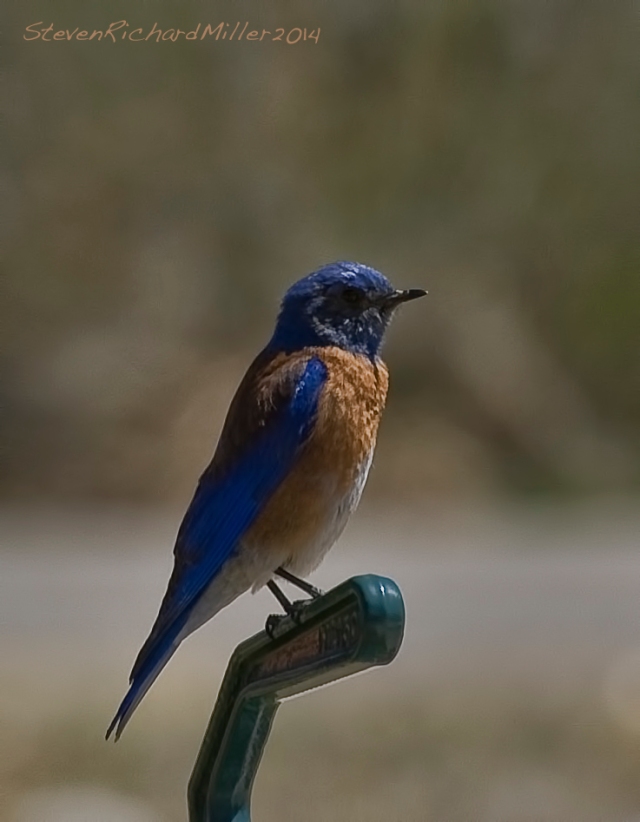 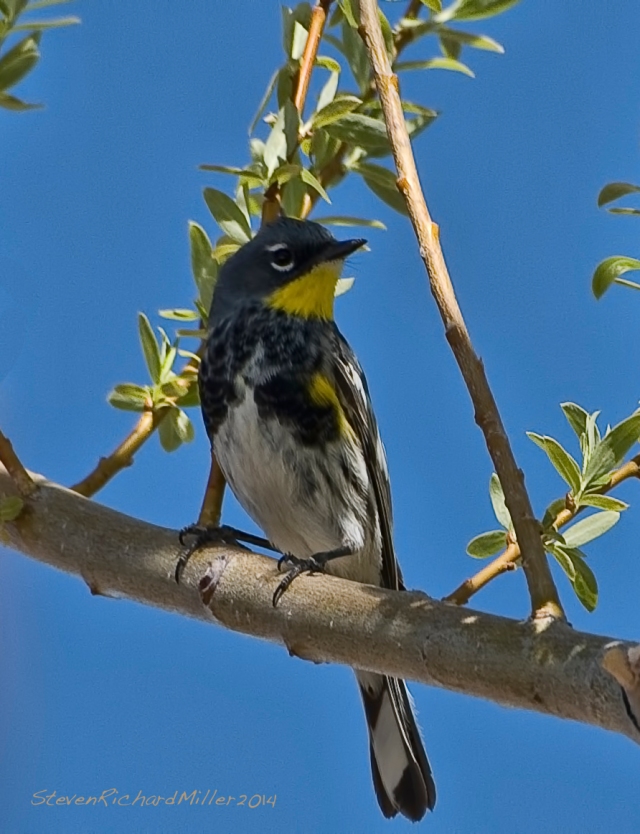 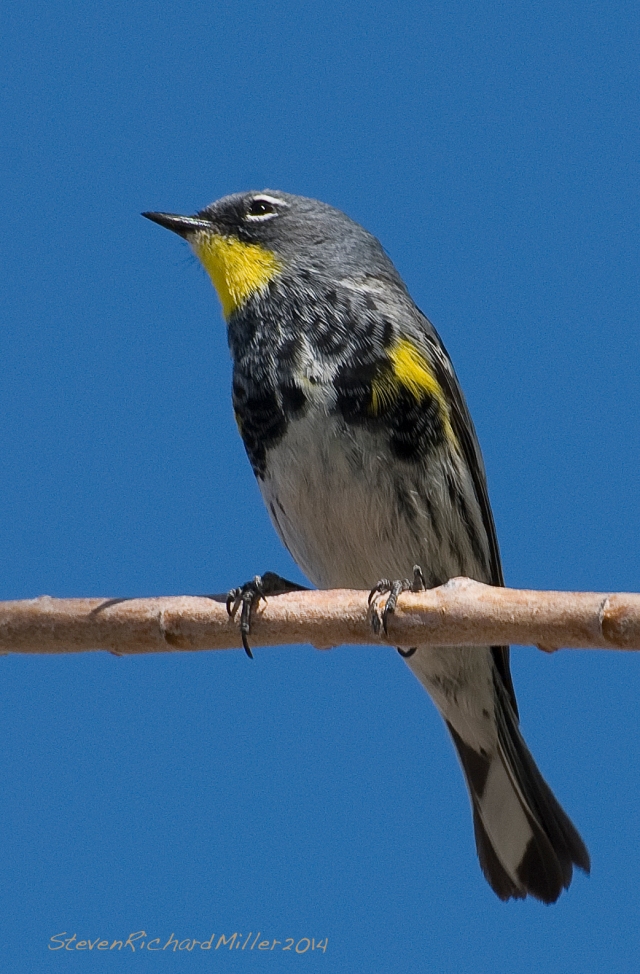 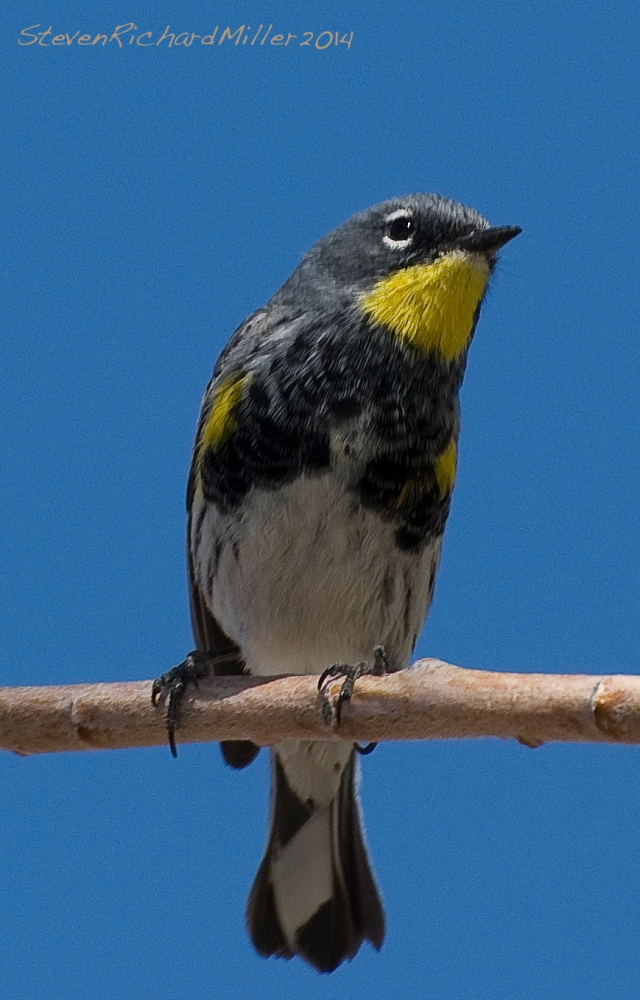 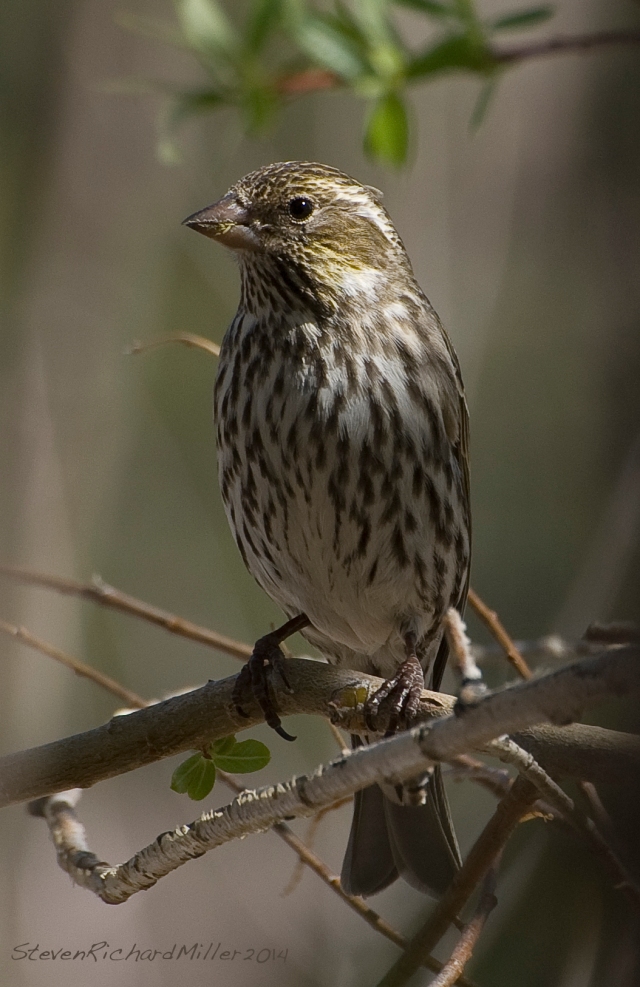 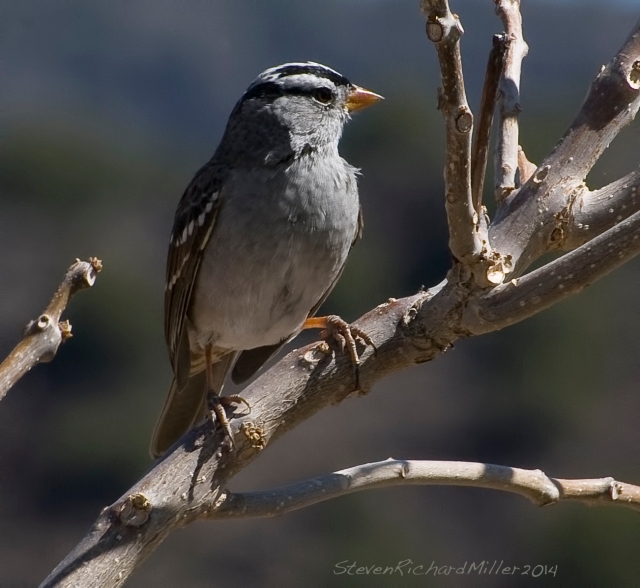 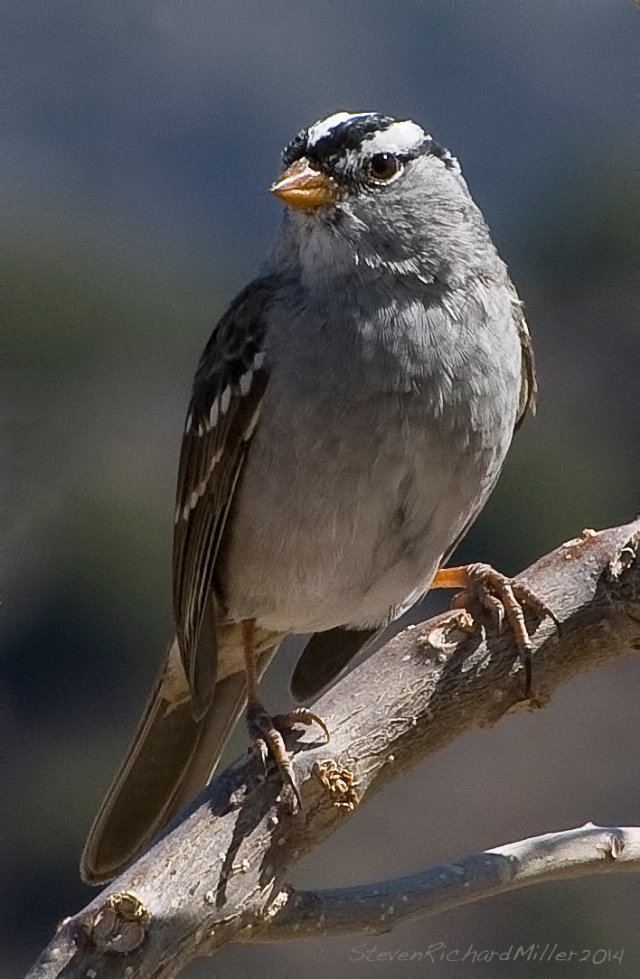 The water temp in the Rio Grande is now around 55 degrees, and mayflies and caddis flies are showing up – but not yet in sufficient numbers to constitute a “hatch” that brings trout to the surface, to feed in wild abandon. So, while I await such an event, I’ve had to resort to fishing nymphs. I’ve caught a few brown trout on a large, heavily-weighted olive Double-hackle peacock. Here’s a couple of those fish: 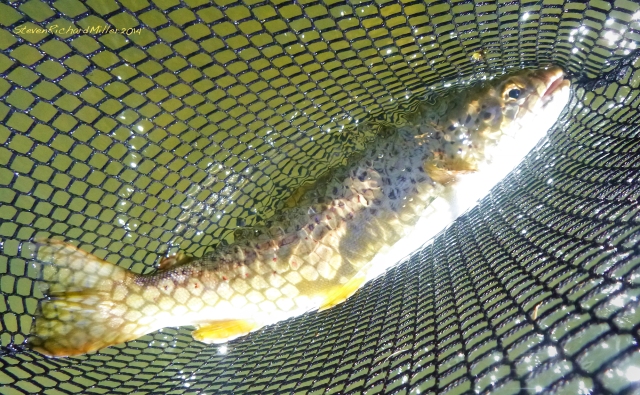 Otherwise, another sure sign of Spring is a head cold and hay fever … and we start rafting on the 18th.

1 Response to Spring on the Rio Grande, NM