How is the San Juan River like a Bank?

The bank robber Willie Sutton said he robbed banks because that was where the money was. And I have said that that was the reason why I fished the San Juan. It’s where the fish are. Kathy and I have just returned from a day and a half of fishing the San Juan, where we each caught a number of large trout. At the same time we got to observe the latest activities of the New Mexico Game and Fish Dep’t. in “improving” the fishery. Prior such activities have consisted of placing various assortments of boulders into the riverbed. This is a popular action of the part of fisheries managers, which I have encountered elsewhere – for instance, on the upper Rio Grande and Lake Fork rivers in Colorado. Such boulder placements provide sheltering areas for trout.

So, how do I feel about such alterations to the San Juan river and others that I fish? Despite the fact that they indisputably increase the number of fish in the river, I don’t enjoy fishing a river that has been so altered. For me, it largely negates the naturalness of the setting, and makes me feel like I’m fishing in an amusement park.

The construction activities presently underway on the San Juan far exceed what has taken place in the past. We saw three or more pieces of heavy equipment in the river, in a section called “The Braids”. This section consists of numerous small channels and islands, where the shallow currents flow over sandstone slabs. Because of the shallow depths of the flows through the braided channels, not many fish are found there, although there are plenty of fish to be caught in adjacent areas, a few yards to one side or the other. But, I suppose that, from the point of view of a fisheries manager, this is “unproductive” riverbed and, therefore, a candidate for “improvement”. What kind of improvement is now being undertaken, you might wonder? Along with massive bulldozers that are shoving the substrate all over the place, impact hammers (such as you see used in road construction to break apart rock strata) are pounding away at the sandstone slabs, so as to create pits that will shelter trout.

I could not believe my eyes when I saw the number and size of the machines that were in the act of tearing up what I have found to be a particularly beautiful piece of river; one that has (or had) charms independent of the relative number of fish to be found there. The little curls and currents that slid over the smooth slabs, the blooming Russian olives in the Spring, the bounteous willows, the maze-like seclusion – all contributed to making this a unique spot on the San Juan. And now being pounded to smithereens by machines that could be heard a mile upstream and down. Those in favor of this work claim that the river will recover in a year or so. We’ll see.

The politicians love to cite the millions of dollars of economic benefits that accrue to the local economy from those who come from near and far to experience the phenomenal fishing. True enough. But does the river really need to be turned into nothing but a fish factory? Perhaps some of these fishermen come for more than just the fish. That has been certainly the case for myself. The beauty of the river and it’s abundant wildlife has always compensated me for the less-attractive aspects of fishing there, most notably the crowds. This river deserves more respect and less management. 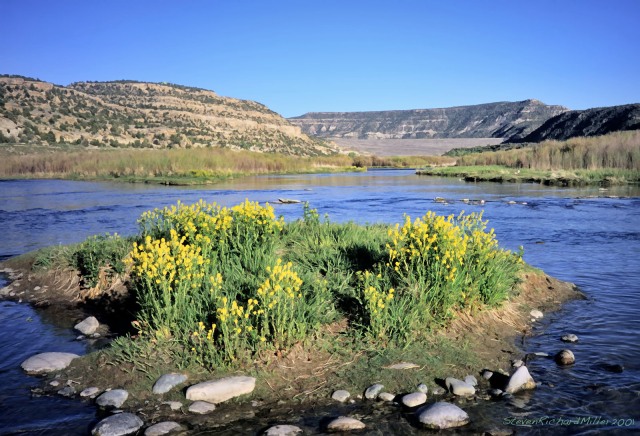 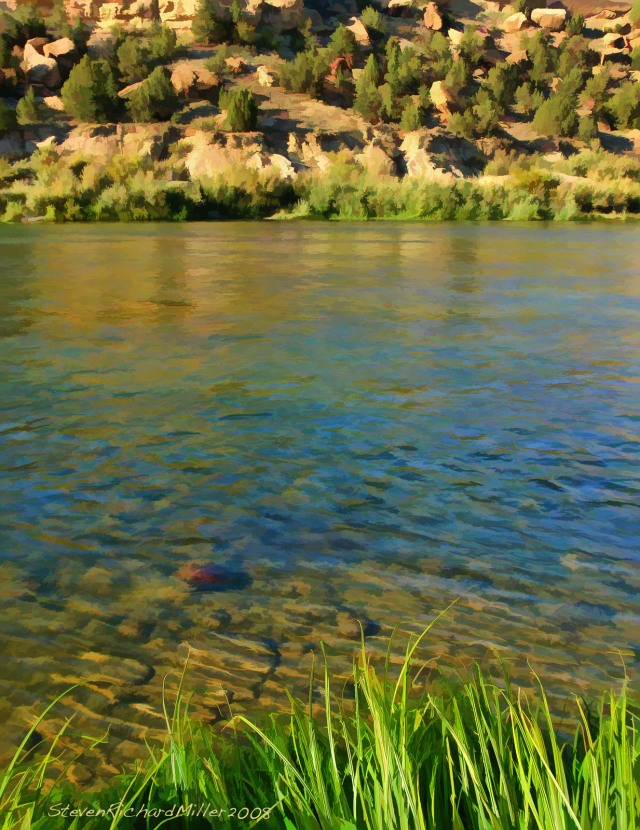 2 Responses to How is the San Juan River like a Bank?